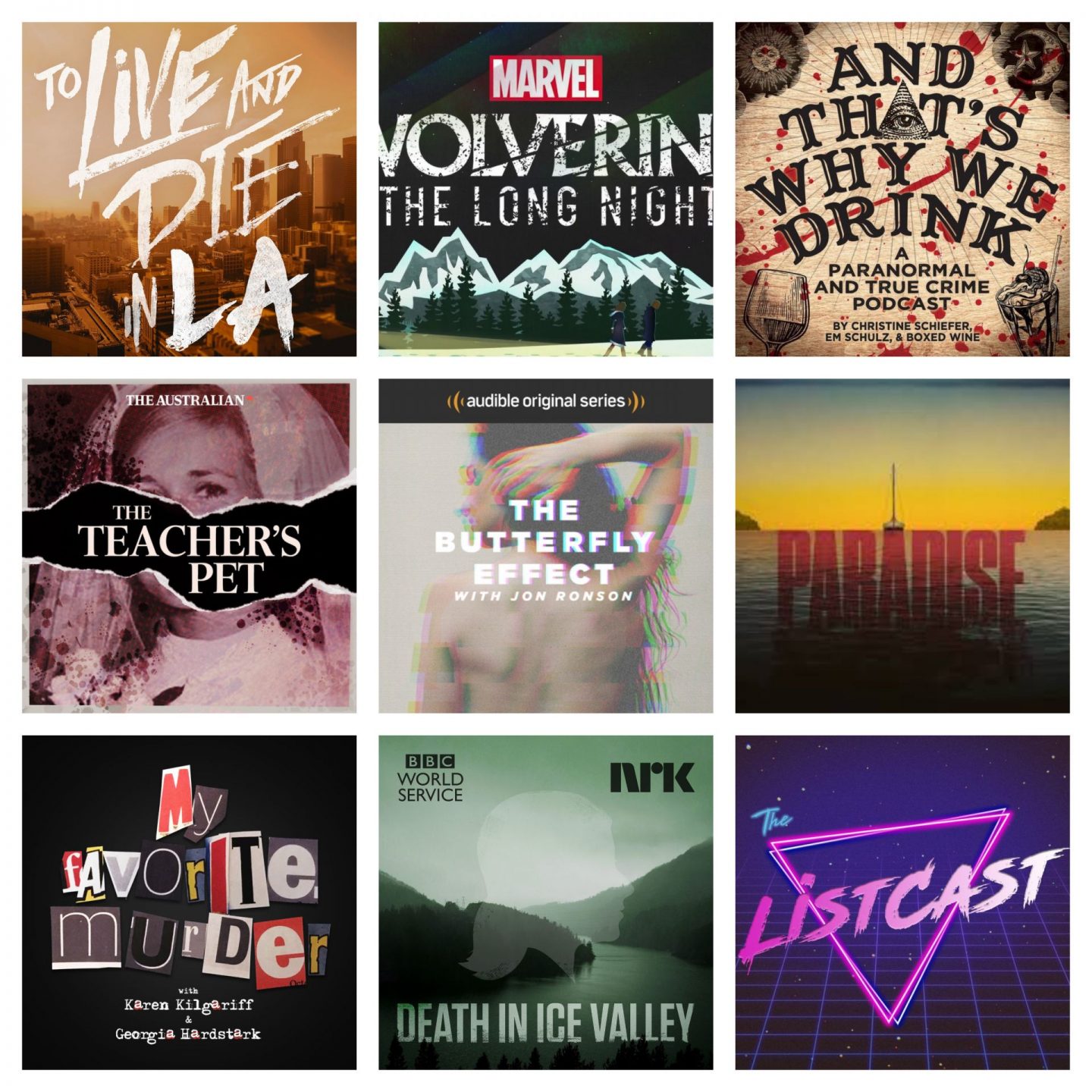 It has been an incredible year for audio and choosing my top podcasts of 2019 has been no easy feat. This year, I moved house twice, so when you take into account all the packing, flat-pack building and decorating I’ve done (on top of my regular commute), I’ve had more time to listen than I have to read. To be honest, my top podcasts of 2019 probably saved my sanity more than once while pulling up flooring and painting white over cardboard brown walls (who would ever want a living room that colour?!).

Listcast is a new podcast that has replaced the UK IGN show for my top up of geeky nostalgia and pop culture-based humor. Good friends Alex and Ralph pick a random top 10 topic from a hat and get stuck in. They’ve released six episodes so far, including the themes; bad guys in films (listen out because you can hear Alex’s mind blow when he realises Ralph has never seen Psycho), fantasy beasts, breakfasts and childhood toys.

Alex and Ralph bounce off each other really well, making it feel like you’re sitting in on a natter with friends rather than a show made for entertaining )even though it is!).

I’m looking forward to hearing this podcast progress and keeping my fingers crossed that they do a top 10 of their favourite books soon! 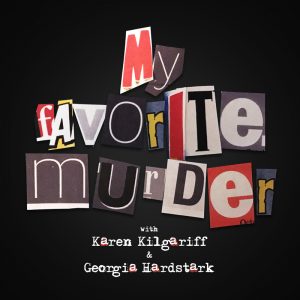 I know I’m very late to this party, but I’ve only just started listening to My Favourite Murder this year. I tried it previously, but for some reason, their very earliest 2016 episodes didn’t resonate with me. However, I gave it another try while painting my house earlier this year and now I absolutely adore it.

Comedians Karen Kilgariff and Georgia Hardstark share some of the most horrific true crime stories from across the globe. They are mostly murder orientated but also feature listener stories of sinkholes, creepy feet lickers, weird coincidences and everything in-between. For me, this is gallows humour at its finest, but there have also been moments that have also had we on the verge of tears. When victims tell their own survivor stories or loved ones share their stories of loss, the outpouring of love and support from Karen, Georgia and Murderinos (listeners) is genuinely heart-warming. 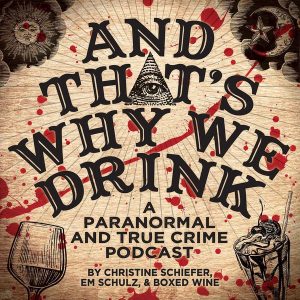 And That’s Why We Drink

And That’s Why We Drink is simply one of my favourite podcasts of all time. I was addicted to it all last year and it’s continued to be one of my top podcasts for 2019. The full-length episodes feature Christine Schiefer telling a true crime story and Em Schulz sharing a paranormal one. These are interspersed with them reading listener stories. This variation in stories stops the content from ever becoming too heavy. Whether you believe in ghosts, ghouls, possessions or cryptids, they’re often far more light-hearted than the true-crime tales.

It may sound strange but one of the things I love about this podcast is how well I feel I’ve got to know Em and Christine over the years. I don’t just tune in for the stories but their life updates. It’s been great fun to listen to Em and Christine go from their former jobs to becoming professional podcasters and everything that came in-between.

Paradise tells the devastating story surrounding the disappearance and murder of sweethearts Peta Frampton and Chris Farmer in 1978. While sailing around the coast of Guatemala, their ongoing letters to their families at home stopped, causing them to contact the police.

Seven months after the couple’s journey began, their bodies were found floating off the coast of Guatemala after coming loose from the engine parts that had weighed them down. Unidentified at the time, it was ten months after Chris and Peta went missing that their families were made aware of their tragic deaths.

Paradise, hosted by radio and television presenter Stephen Nolan, investigates the couple’s last known sightings and unveils the heart-breaking journey that Chris and Peta’s family have endured in an attempt to find some sort of justice.

This podcast really got under my skin, the mistakes that were made by the criminal justice system, the time it took for the families to learn what really happened, and then the overall outcome when they did. It’s an incredibly sad story but captivating at the same time.

You can read my review of the book by Chris Farmer’s sister, Penny Farmer, titled Dead in the Water now.

Published by The Australian newspaper, The Teacher’s Pet podcast investigates the sudden disappearance of Lynette Dawson in 1982. The show highlights the tensions in her marriage with former rugby league player turned teach, Chris Dawson, having an extramarital affair with a sixteen-year-old female student from the school where he taught. After a deep delve into their turbulent marriage, it becomes clear that her husband should have been a person of interest, but due to a less than thorough investigation, he was never charged with her murder.

This is one of those terrifying cases where a woman disappears and because she has no family crying out for justice, her disappearance is mostly brushed under the carpet while the local community (and the law enforcement community) allow what is most likely a killer to carry on his life unchallenged.

The Teacher’s Pet is powerful investigative journalism and highlights what an impact this type of media can have. Since the podcast concluded in August 2018, police have returned to their investigation due to pressure from the public. Two extra episodes were added to include important updates to the story. I won’t spoiler these but let me put it this way, The Teacher’s Pet had to be removed from The Australian website due to how the investigation progresses.

I think I’m correct in saying that Wolverine: The Long Night is currently Marvel’s only story-based podcast, but if this is a direction they’re thinking of going down, I’m with them all the way. For anyone still reeling from the ending of the movie Logan, this podcast is perfect for picking up the character again. The voice acting is excellent and production is, unsurprisingly, very high quality.

Following several violent and mysterious deaths in Alaska, a couple of agents are sent to hunt down the killer. Can it really be the mutant they’ve heard so much about, or is something else attacking its victims like a wild animal?

I was lucky enough to start listening To Live and Die in L.A when there were only three episodes released, and I don’t think I’ve ever listened to a podcast that felt more current and therefore had the potential to make a real difference.

The series investigates the disappearance and murder of 25-year-old aspiring actress Adea Shabani, who disappeared from her Hollywood apartment in February 2018. Award-winning writer for Rolling Stone and best-selling author Neil Straus began to help her family investigate when they were left with more questions than answers. This heartbreaking and fast-paced podcast tells the story of a woman who was chasing her dream, only to have her life snatched away. 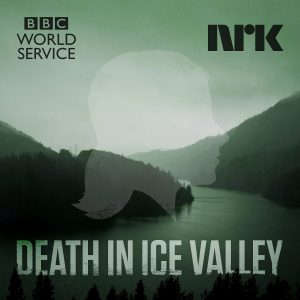 In 1970 the body of a badly burnt woman was found in a remote spot called Ice Valley (Isdal) near Bergen in Norway. The tags had been cut from her clothing, disguises and false identities were found, and although locals had seen her in the area, her murder was never solved.

Over 45 years later, BBC documentary filmmaker Neil McCarthy and Norwegian investigative journalist Marit Higraff take another look at all the available evidence, assessing it with modern techniques and opening up the story to a world of listeners. The hosts reach out to the public, asking them to join the podcast’s official Facebook group to discuss the case further. Was she a spy, and if so, who for? Was she on the run? Whether it’s the woman’s teeth or the stamps in a small silver spoon she owned, Neil and Marit do all they can to track down the origins of the lady commonly known as The Isdal Woman.

Although this was launched a couple of years ago I only listened to it last year, so sneaks into my top podcasts of 2019. Limetown follows the fictional investigation of American Public Radio (APR) journalist Lia Haddock as she researches the facts behind the disappearance of over 300 people at the neuroscience research facility known as Limetown.

Details of the research being carried out at Limetown are shady at best, but when Lea manages to track down a survivor from the facility, a woman calling herself “Winona,” she begins to uncover an incredible story.

Winona explains that she met a man at the facility, one she describes as “the man we were all there for,” who was having telepathy tests carried out on him. Could Limetown really have been researching telepathy, or is Winona’s story a repercussion of a different trauma she’s endured?

If you’re an X-Files fan or a fan of sci-fi in general, you will love Limetown. The production is high quality, as is the acting and the story had me completely absorbed. I binged both series while travelling to Sheffield and it was the perfect company. I just wish there was more of it! It’s also recently been adapted into a TV series that you can watch now on the Limetown Facebook page.

There you have it, my top podcasts of 2019. Did I miss anything you loved? Is there one coming up in 2020 that you can’t wait to listen to? Let me know in the comments below.

If you like this, check out my book highlights of Autumn/Winter 2019.