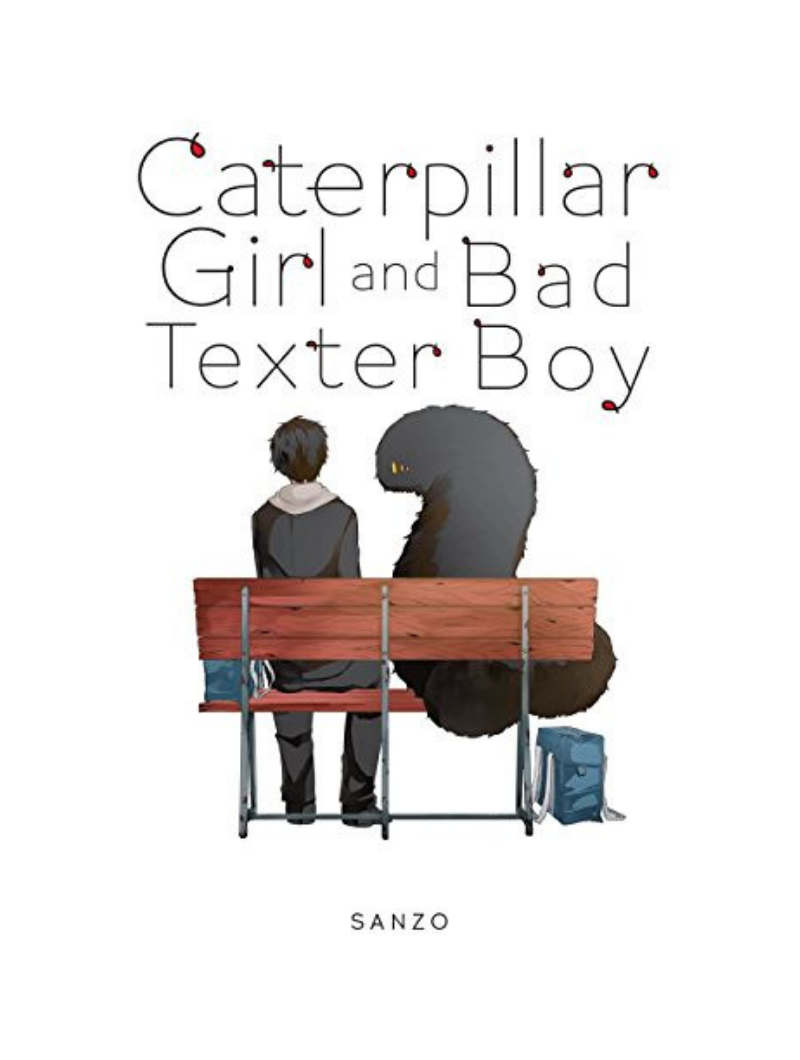 Caterpillar Girl and Bad Texter Boy is the new manga from Japanese manga creator Sanzo, best known for the series My Girlfriend is a T-Rex.

Suzume Kikuo is the perfect girl, smart, funny and beautiful, but she asks her best friend, Akane, out on a date she doesn’t get the response she was hoping for. He panics, even though he likes her, and responds with the devastating “you’re too perfect.” After that,  Suzume goes missing.

A month later and Akane is blaming himself for Suzume’s disappearance when a familiar voice grabs his attention.  When he turns towards the voice it’s not the familiar shape of Suzume he sees but a large black caterpillar. “I thought if I was like this then maybe I could be your girlfriend.”

Akane rushes Suzume back to his house and hides her under his bed while they try to figure out what to do. In a desperate attempt to win his heart, Suzame had made herself imperfect. He blames himself, she can barely function and neither of them knows if she can ever turn back.

Caterpillar Girl and Bad Texter Boy by Sanzo is a wonderfully surreal story and cute as a button. Akane is a frustratingly wet blanket so it’s difficult to see what the ‘perfect’ Suzume sees in him. She has slightly more depth due to the background on how she became a caterpillar but her overall character trait is simply doing as much as she can to please Akane. No, there’s not a huge amount of text space in this short manga but it wouldn’t take much for round them both out a little more. Maybe some of the finesse is lost in translation but I’ll never know for sure.

Overall, Caterpillar Girl and Bad Texter Boy is a fun but troublesome manga. I find stories where women diminish themselves to appeal to men generally disturbing (The 90s Disney effect!), no matter how surreal they’re meant to be, in today’s world they’re just unsettling. It’s such a shame because if more attention was spent on characterisation then I could have really loved this. It’s a wonderful idea and maybe future volumes might round it out but I’m not sure I’ll be going back for more.

If you enjoyed my review of Caterpillar Girl and Bad Texter Boy by Sanzo you’ll love Shibuya Goldfish by Hiroumi Aoi. 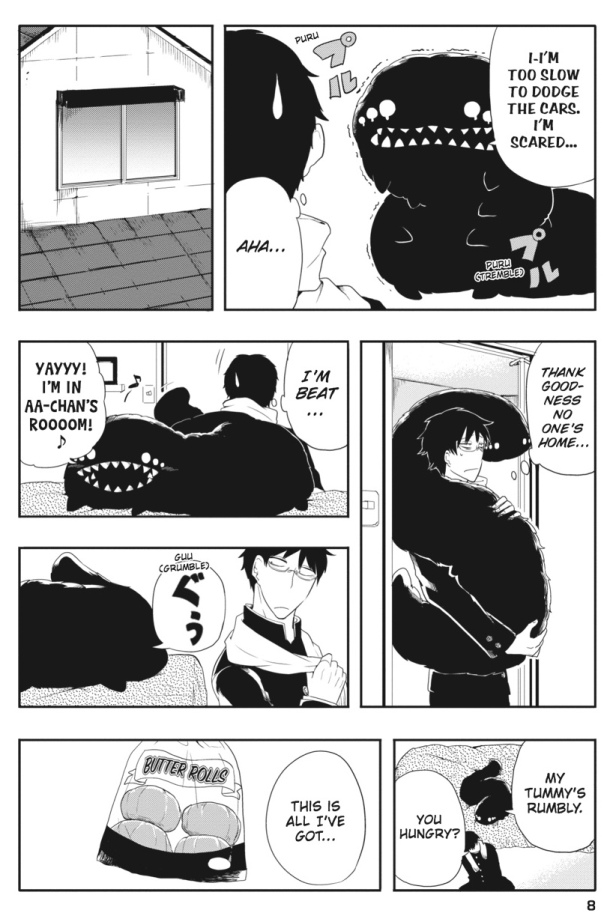