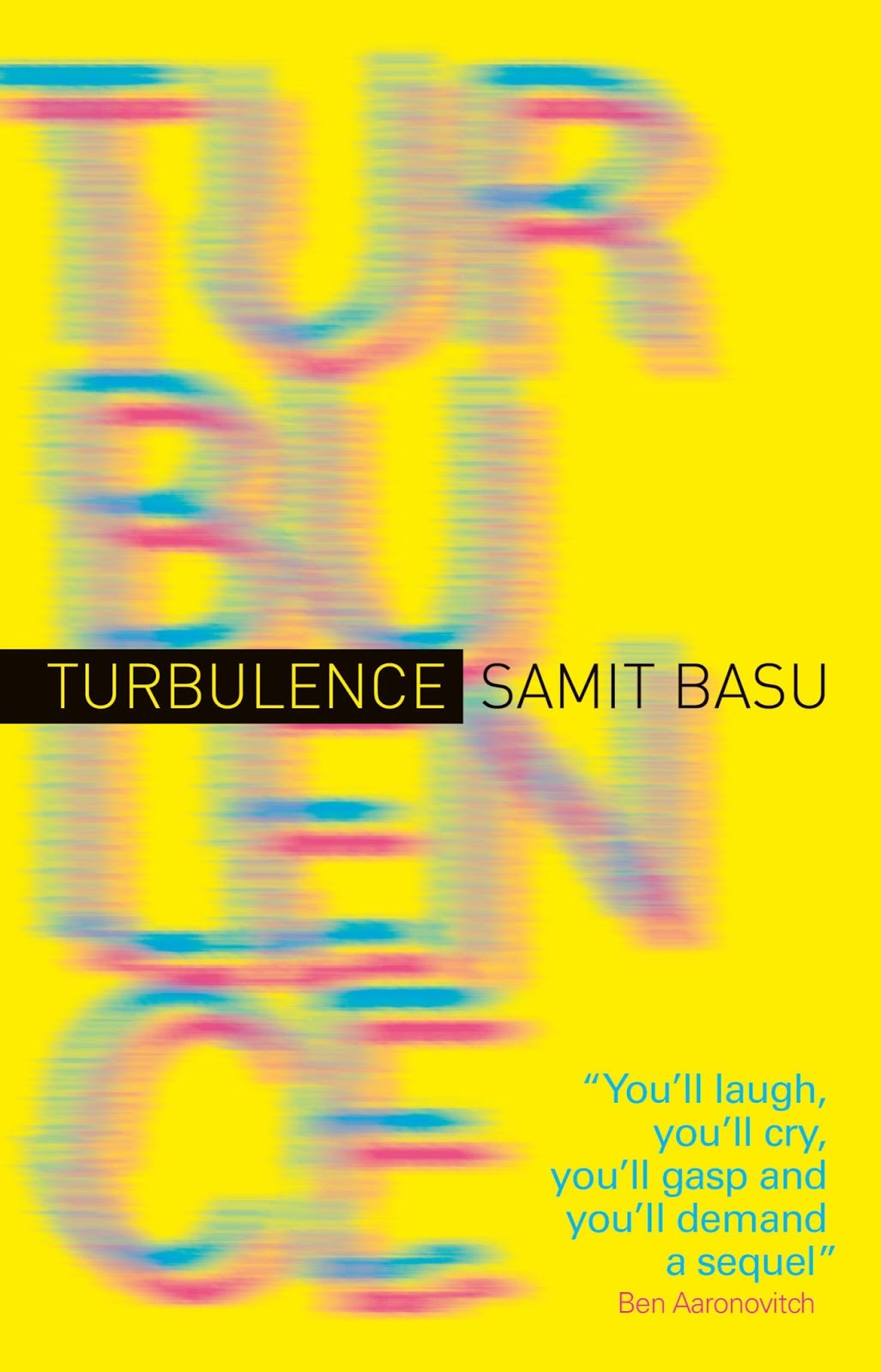 What powers or talents infiltrate your dreams? Do you fly, maybe change your shape, become famous or maybe imagine yourself the ultimate soldier. Well during an international flight from London to India, the passengers are made to realise their dream powers. As they all go their separate ways some of them start to realise things have changed while others walk around in ignorant bliss until they are hunted down.

One man on that flight has acquired a talent that comes in hugely useful, he can control the internet. If it’s on a network he can access it mentally like any normal person can pick up a book and flick through the pages. Once he starts to manage his gift, he starts to discover that a large number of the passengers on his flight are missing are more are disappearing every day. He takes it on himself to bring the other ‘powered’ together and protect them from whoever is meaning them harm.

Two members Of the Indian military happened to be on that flight too. One gains the ability to fly and luckily wants to use his powers to help the people of India and make his country a safer place. But for every good, there is a bad and the other soldier on the flight want the country run his way and will do anything to get it. So what choice do the other powered passengers have apart from picking sides and defending what they believe is right?

Turbulence is an utterly captivating and immensely enjoyable superhero novel. There’s no slow building up of the plot, it chucks you right in at the moment one of the main characters is flying through the air on the way to wipe out Pakistans nuclear threat. I am sure it will draw a few comparisons to graphic novels, especially X-Men but due to the novel format of this story, Basu really manages to get into the characters and their powers. This leaves you really warmed to them and willing the heroes on until your literally perched on the edge of your seat. It was also an added bonus that a lot of the finale is played out in central London, which on a personal level I really enjoy as I love being able to picture locations so easily in my head and imagine the scenes unfolding there. If your looking for brilliantly written, fun and fast-paced action that leaves you wanting more, this is definitely it. One word of warning though, you may ignore your loved ones completely until you’ve finished it. 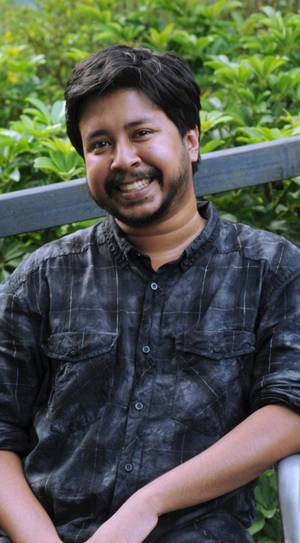 The lovely people at Titan Books were kind enough to let me pose a few questions to the author of Turbulence, the superhero creator Samit Basu.

When did you start writing Turbulence and what inspired you to write about superheroes?

I started writing Turbulence in the summer of 2009, which is when the story is set. The whole idea was to write a book as deeply set in the present as possible, and to be set on a huge scale, with real consequences not just for the characters but for the world at large. And when you’re writing a fantasy story that’s set in the present, and looks at events on a global scale, and stars people who can actually change the world, it makes sense to make them superheroes. Especially because nothing embodies the zeitgeist these days better than the superhero – they’re everywhere, in one form or another!

Were you a fan or superhero comic books growing up, if so, which were your favourite and why?

I actually didn’t read comics at all, growing up, beyond Tintin and Asterix – it was all books for me. I was aware of the existence of the most famous superheroes, of course, and saw whatever I could on TV. In any case, we didn’t have comics shops in India, and didn’t visit them while travelling – it simply wasn’t a culture I was part of. Most of the superhero love actually happened much later, as an adult, when I was doing a Masters in the UK, ten years ago now, and discovered Neil Gaiman’s Sandman comics. From there to the works of writers like Alan Moore, Grant Morrison, Warren Ellis, Garth Ennis and Mike Carey was a short step.

In terms of childlike wonder, though, what I remember most vividly is the Spider-Man theme song.

Do you have any strict rules you set for yourself when writing? Daily word counts, plot layout or time limits?

I set myself many rules, and they are all very efficient and worthy. If only I could make myself follow them! I usually try and set rules in place that help me avoid having any excuse to not finish something, so a well-defined plot outline is a must. Of course, once the characters have reached a certain point they behave the way they want to, instead of what I want them to do. But it’s good to have a path mapped out so you know how far you’ve wandered off it; it helps you figure out where you really want to go.

Do you have a favourite character in Turbulence, if so; does that make it easier or harder to write that character?

I try and love all my characters equally; some end up much nicer than others, but if I don’t love them, who will? I don’t have children, but I imagine this is how most parents feel. The worst feeling, though, is having to kill characters, some of whom simply refuse to die. I think the difficulty of writing a character (well, apart of the basic difficulty of writing the more complex things they’re going through) depends in part on what you know is going to happen to them. The only situation where this is completely reversed is sex scenes, which are a huge burden to write even if you’re essentially pleased on their behalf.

With superheroes being so popular on the big screen at the moment, would you ever consider adapting your book for tv or film?

Oh, absolutely. I’ve been writing for film for a couple of years now, and comics for a while before that, so the whole process of adaptation is one I find fascinating; the very different structures, challenges, needs of each medium. I actually did a screenplay for a Bollywood film based on Turbulence, and we got very close to getting it off the ground last year. But it hasn’t happened yet, mostly because it would be really expensive, and in Bollywood that means you need the biggest stars, which means in turn that the whole film must revolve around one man singing, dancing, fighting, romance, which doesn’t really work for Turbulence. But some interesting conversations are happening on this front in the UK, so let’s see.

If you could choose your own superpower, what would it be?

Tia’s. I would love to be able to split into multiple bodies and live many lives, and never have to make a choice again. Do everything. I guess being a writer involves doing that in your head, but imagine how wonderful it would be to actually live that way. Most of the time, especially when I travel or meet people from far away, I want to live other lives. Actually, I lied earlier. Tia is my favourite character.

Although this is your first UK publication, you also have a number of other books published in India, are there any plans for these to come to UK?

I certainly hope so. What has happened to my older books is that I’ve found editors at publishing houses who’ve loved it, but their marketing departments haven’t known what to do with an unknown-in-the-UK Indian writer in a field that’s already saturated with brilliant minds and ideas. So while the books have all done very well in India, I realize I’m very lucky to have found a wonderful agent in the UK, Zeno, and a young, enthusiastic and ready-to-experiment publisher in Titan. And publishing itself is changing so much, so fast. The older books have found a publisher for Kindle, and should be out on the Internet in a few months at most, and will hopefully make their way into print in the UK as well.

Is there more coming from these characters in the future? (*fingers crossed tightly*)

Oh, absolutely. And soon. The next book I write will be set in the Turbulence world, though I’m thinking at present of making largely standalone. Many of the key characters from Turbulence will make it through to this book, of course.