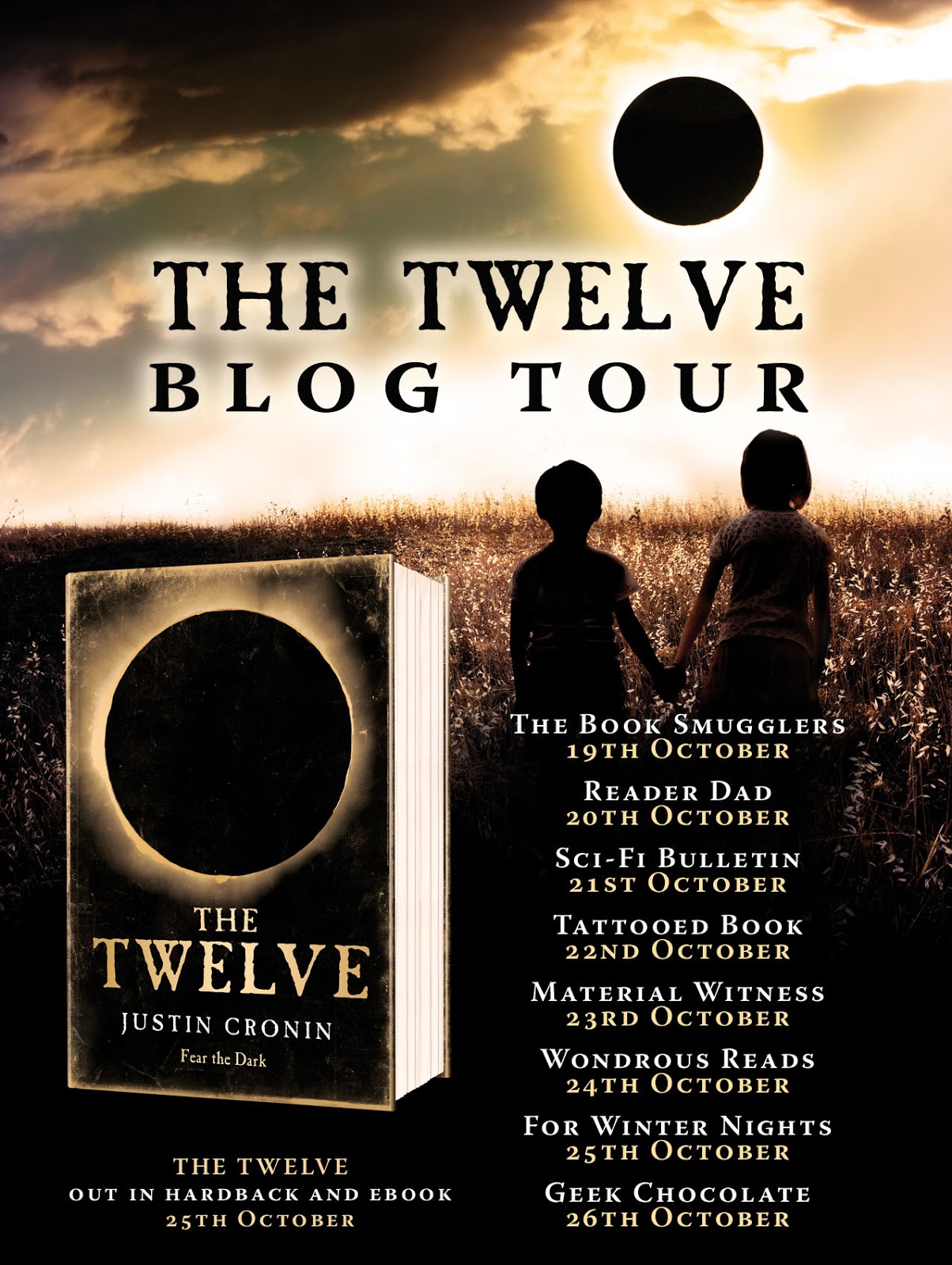 The Twelve by Justin Cronin

The first book in the trilogy, The Passage saw the discovery of an ancient virus that changed humans into what we commonly refer to as vampires. This alone would be something to run from and consider destroying but the fact that a number of people who were exposed to the virus were terminal cancer patients on one final journey, changed things completely. They all returned, completely cancer free, fitter than they had ever been in their lives. Although they all died within the following months, the potential of the virus could not be ignored. With modification and biological engineering, could the virus be altered to wipe out cancer and what if wasn’t just cancer but all other human diseases? This question launched a military experiment, conducted upon 12 inmates on death row. They were offered their lives in return for help in medical trials. Never could they have dreamt of the evil they would become. But one of the prisoners was different…as was the one civilian subject.

The Twelve is a novel set in two different time frames. The first is set in modern day and follows a group of main characters as they attempt to survive in a new world, slowly coming to terms with a lethal threat. As the Virals (vampires) spread across The United States and people run in fear, cities empty, military control takes hold, bodies fill the streets and the country as people know it, falls to pieces.

Grey, one of the 12 test subjects, awakes in a motel, unsure of how he got there and why he feels so different, oblivious to his infection. The army hunt him down after he makes friends with Lila, pregnant women he is insistent on saving. Attempting to do one good thing in his life and find redemption in helping her, when the military gets hold of them, he will do anything to help her.

Meanwhile, an ex-marine called Kittridge has to abandon his penthouse stronghold, where he’s blogged about the Viral invasion to the point of becoming a social media star. Someone has come to shut him down and as he escapes the city in a stolen car, he heads for what is meant to be a sanctuary. There he comes across a school bus carrying three survivors, April, her younger brother Tim and Danny, the bus driver. They travel together, letting others join them, doing their best to survive.

100 years in the future, the world has grown accustomed to the Virals and people have had to evolve to cope with them. Towns are locked down and the number of children you can have is capped to keep numbers under control and city populations contained. The hunt for the remaining survivors of the original 12 continues and the test subjects Grey and Amy become even more important to the survival of mankind than ever before.

One of the things I adored about The Passage and was so happy to see continue in The Twelve is Cronin’s amazing creation of characters. After just a few pages with any specific character, they become completely rounded and defined in the mind’s eye. His unflinchingly realistic style only adds to your empathy for the characters. For example when a son visits his father in a retirement home as the Viral epidemic takes hold and the decisions he’s faced with as the nurses and staff all start to leave.

I should make it very clear that The Twelve is not ‘just another vampire book.’ This is no Twilight! The book is far less about the Virals but the way humans adapt to cope with them, whether it be shock, fear, violence or the basic need to survive at all costs. This approach and the beautifully detailed and evocative style of writing make these books absolute science fiction classics.

The Twelve is the second novel in a trilogy and although it could be read alone, (as most of the important history is covered slowly through the novel), you really would miss so much detail, the full impact would be lost. I would 100% recommend reading The Passage first, to fully appreciate the story structure.

The Twelve is not a short novel at approximately 700 pages long but please don’t let this put you off as I am a firm believer that these style of stories are far more realistic and enjoyable with vivid detail (take the long-running Walking Dead graphic novels or Battle Royale manga as other examples of great characters in a survival situation). If you devoured The Passage like I did (pun semi-intended), The Twelve will not disappoint and will certainly leave you even more hooked and desperate for the final chapter of the trilogy.


WARNING: This book will make hours disappear and leave you ignoring your loved ones!

Buy The Twelve by Justin Cronin