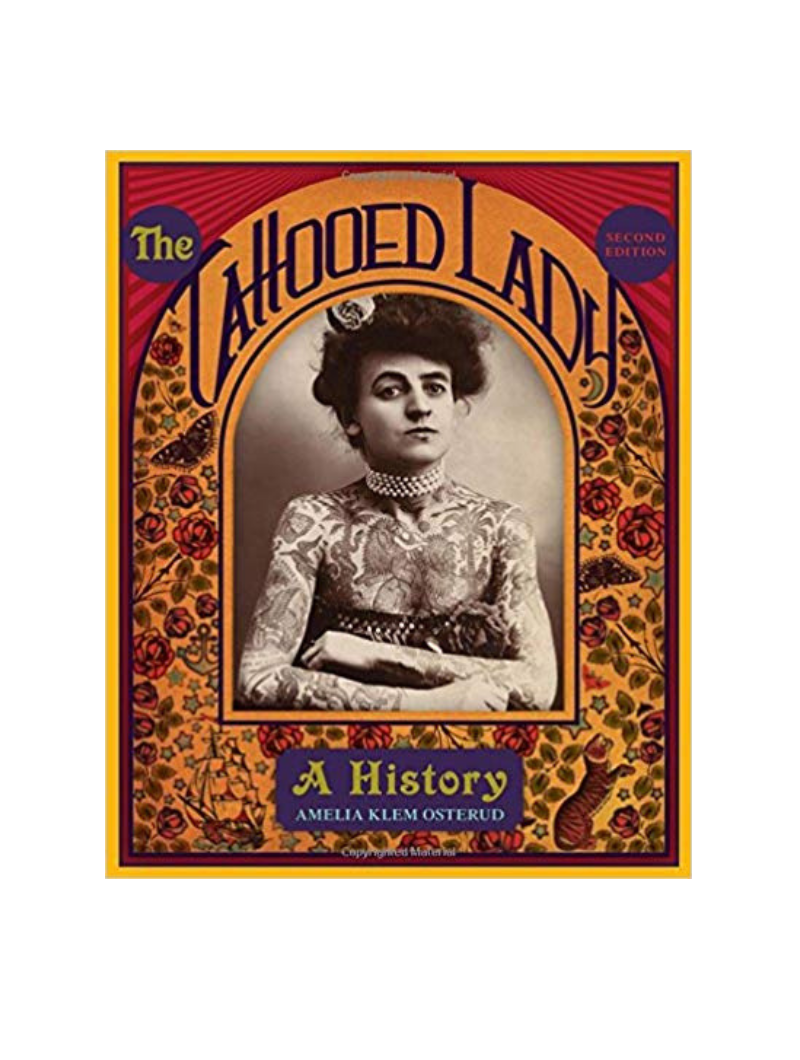 The Tattooed Lady is the debut book from historian and librarian Amelia Klem Osterud.

When Amelia Klem Osterud started investigating women’s labour history, her personal interest detoured her research towards tattooed Native Americans and then into the history of tattooed women. I’m sure I am not alone in my fascination with tattooed ladies of the late 1800’s who first began to appear as exotic attractions and was overjoyed to discover Osterud’s The Tattooed Lady that is dedicated to their memory.

The Tattooed Lady begins with a history of tattooing in general but paying close attention to periods of time where the existence of tattooing is less widely known, such as during the Greek and Roman eras. She explains how tattoos morphed from a way of branding slaves to an open sign of religion or spirituality.

It isn’t until the late 19th century when the tattooed lady truly appears in the history books for two dramatically different reasons. Small delicate tattoos such as flowers and butterflies were becoming very popular with women (including Winston Churchhill’s mother) but any more than this was still seen as a sign of having criminal tendencies, deviancy and was often considered a sign of being a prostitute. These presumptions were ‘confirmed’ by the highly inaccurate scientific research of the time by Cesare Lembroso who thought he had identified connections between tattoos and criminal activity in his paper ‘The Savage Origins of Tattooing.‘

‘I have been told that the fashion of tattooing the arm exists among women of prominence in London society. The taste of this style is not a good indication of the refinement and delicacy of the English ladies: first, it indicates an inferior sensitiveness, for one has to be obtuse to pain to submit to this wholly savage operation without any other subject than the gratification of vanity; and it is contrary to progress, for all exaggerations of dress are atavistic.’ – Cesare Lembroso in The Savage Origins of Tattooing 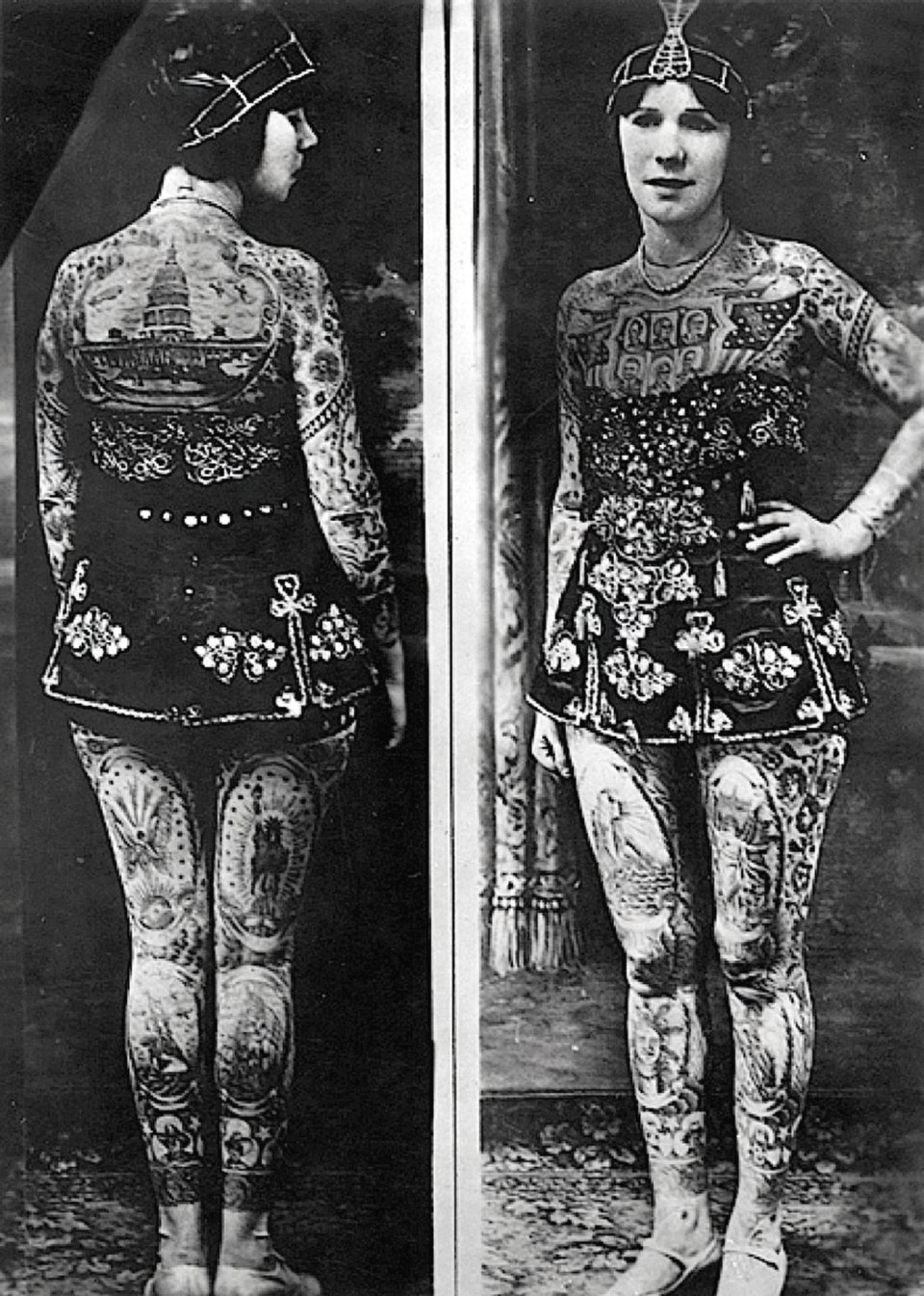 It was 1882 that saw the emergence of what is now seen as the ‘traditional’ tattooed lady, promoting themselves as sideshow attractions. The first two recorded ladies of ink were Nora Hildebrandt and Irene Woodward (stage name La Belle Irene), both claiming to be the first tattooed lady. These were savvy working-class women who saw a niche in the entertainment market and had the guts to fill it. To explain their look, add impact to the act and maintain the ladies reputations, a number of similarly themed stories were crafted about how they came about their decoration. In the very early 1900’s these tales were generally based around torture or punishments of some type, the woman having been kidnapped by Indians and tortured with tattooing or a loving father being forced by savages to tattooed his daughter. Thanks to these stories the women were also seen as strong survivors, victims that made it through the tough times and were treated with dignity and respect. This is confirmed by how the tattooed lady, Irene Woodward was described in 1882 by the Brooklyn Daily Eagle, as ‘Punctured…Purity…Nature and Art Perfected — a beauty.’

The Tattooed Lady by Amelia Klem Osterud is a difficult book to find in the shops but if you can track a copy down it really is worth the investment. The book is written with such obvious passion for the subject and respect for the women it documents that it leaves you quite in awe of these unassuming icons. The women between these pages paved the way for every tattooed lady today and this book really is a bible for anyone wanting to know more about them. The numerous photographs of tattooed women through the ages are mesmerising, documenting not just artistic changes in tattooing but cultural ones too. Although I have read numerous non-fiction books on tattoos, it is safe to say that this is my favourite, due to it’s in-depth research and attention to detail. This is a truly unmissable book for tattooed women everywhere.

If you like The Tattooed Lady by Amelia Klem Osterud you’ll love The Painted Lady by Dominique Holmes.