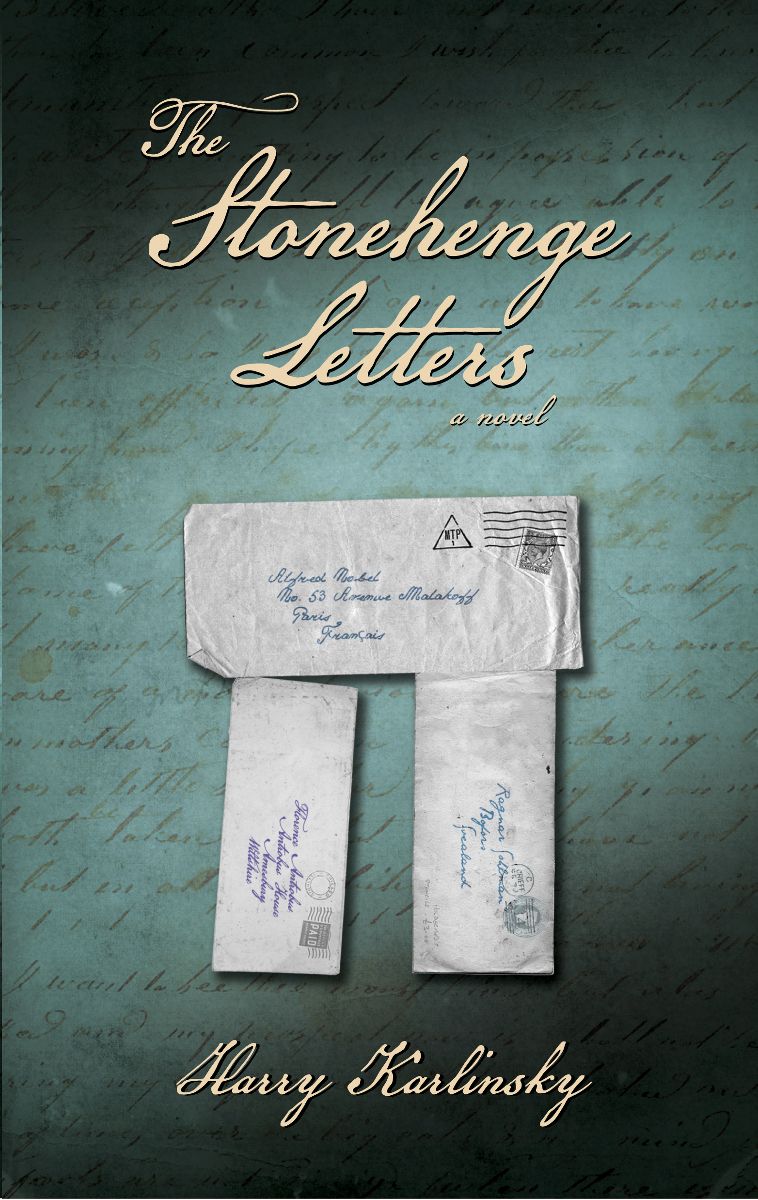 The Stonehenge Letters by Harry Karlinsky

When a retired psychiatrist and amateur historian delves into the history of the Nobel Prize his research is driving by anger and a need for self-validation. For years he’d followed in the footsteps of the great Sigmund Freud, carving out a career in psychology buy why had this famous mind been ignored by the Nobel Prize committee?

His research is soon quashed by the secretive rules and regulations set around the prizes but when a freedom of information law is passed he is suddenly allowed access to a collection of paperwork that was previously hidden and among it, he discovers the existence of an entirely new Nobel prize. The Stonehenge Prize.

Only open to Nobel laureates the Stonehenge Prize was a one-off competition to solve the mystery of Stonehenge. With only four official applicants who would win the prize, Rudyard Kipling, Ivan Pavlov, Marie Curie or Teddy Roosevelt?

Harry Karlinsky’s previous novel The Evolution of Inanimate Objects is one of my favourite debuts ever so I couldn’t help but jump to read The Stonehenge Letters, then inwardly wonder if he could pull it off again. Two pages in and I was curled up, blissfully ignoring the world with a big fat grin on my face. Karlinsky continues with is unique fictional take on real-life history and personalities, creating the entirely fictional Stonehenge Prize. Normally fact/fiction crossovers infuriate me, I simply cannot shut off my mind to the question ‘but what’s real?’ There is something about Karlinsky’s beautiful style and wit that this question didn’t bother me at all until I had finished the novel (and for the fact-obsessed like myself there are appendices to clear up any questions). He casts Nobel as a slightly sad genius, plagued by unrequited love and riddled with mental disorders (which the narrator classifies in the Appendix from a Freudian perspective) but a man whose gift to progression is immeasurable. Brimming with imagination, humour (I especially enjoyed him referencing his own previous work) and intelligence I couldn’t put The Stonehenge Papers down.