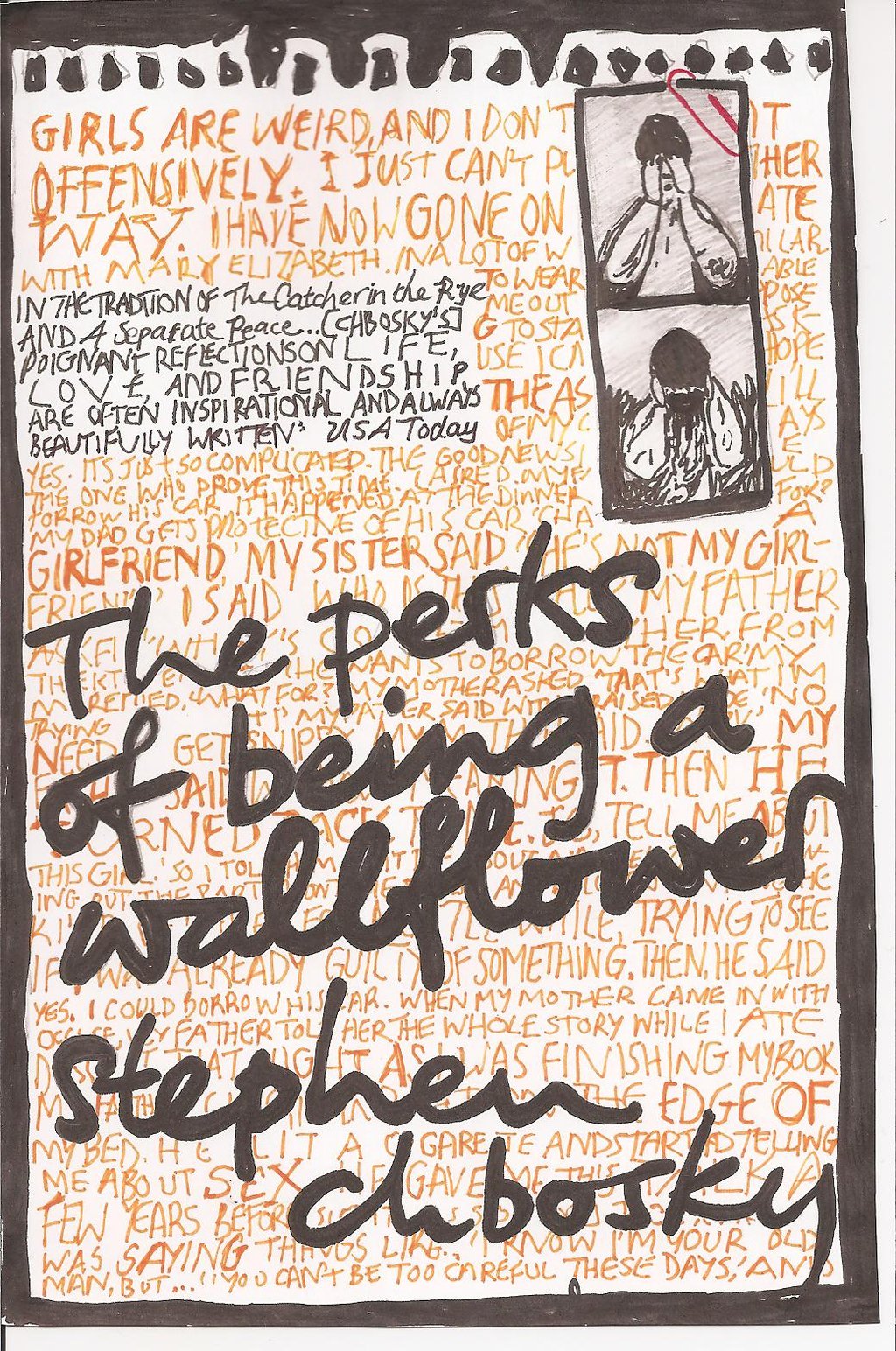 The Perks of Being a Wallflower by Stephen Chbosky

The Perks of Being a Wallflower is the debut novel from Stephen Chbosky, which has also been adapted to film, featuring Logan Lerman and Emma Watson.

Charlie is a fifteen-year-old boy who sits on the outskirts of life, watching people go to parties, fall in love and build relationships. Something in him broke when his Aunt Helen died in a tragic car accident while out shopping for his Birthday present and he’s never been the same since. He remembers being told she had died and presumed it was a mistake but when where he realised it wasn’t, his memory fades to nothing.

We meet him as he’s starting a new chapter in his life, as he begins high school. He drifts along for a while, only really making friends with his English teacher. They share a love of literature and he pushes Charlie to ‘participate’ in life, instead of being a wallflower. This change is helped, when one evening when he attends a school football game and he meets step-brother and sister, Patrick and Sam. Even though they’re in the year above Charlie and they can see he’s a little different (either being completely detached or hugely overemotional) they embrace him into their world anyway. Through his new group of friends, his world opens up dramatically. He shakes his inhibitions, dates the wrong girl, takes drugs, goes to parties, falls in love and uncovers a secret in his past that changes everything.

This novel has already become a cult read amongst young adults and although the writing style is incredibly simple, with the themes and language used, it is easy to see why. This is a novel that sums up teenage angst, the struggle to belong, fear of change and finding the strength the be honest about who you. All set within a collection of letters that are brutally honest. On a slightly less philosophical note, it covers issues such as abortion, domestic abuse, sexual abuse, homosexuality and illegal drugs. This may sound a tad overwhelming for only 231 pages but it really doesn’t come across that way as these really are issues teenagers are dealing with every day. Charlies slightly dyspraxic outlook on life and ignorance of sex and drugs does give the impression of a far wider age gap between him and his friends though. Instead of coming across as fifteen, the character could easily pass as an intelligent thirteen-year-old. I must admit I found the fact that he seems to burst into tears every couple of pages rather strange too, especially as none of the characters ever mention it or even ask him if he’s ok. What does make Charlie so relatable and likeable is his train of thought.

“I don’t know if you’ve ever felt like that. That you wanted to sleep for a thousand years. Or just not exist. Or just not be aware that you exist.”

Overall this book is really enjoyable to read with occasional stand out sentences that will just take your breath away at how perfectly they sum up confusion and pain. The book isn’t all doom and gloom and I found the bonding scenes between Charlie and his sister genuinely moving in a very positive way. You can call it emo, you can call it life-affirming but no matter how you want to label it, for young adults, it’s one not to miss.

Buy The Perks of Being a Wallflower by Stephen Chbosky