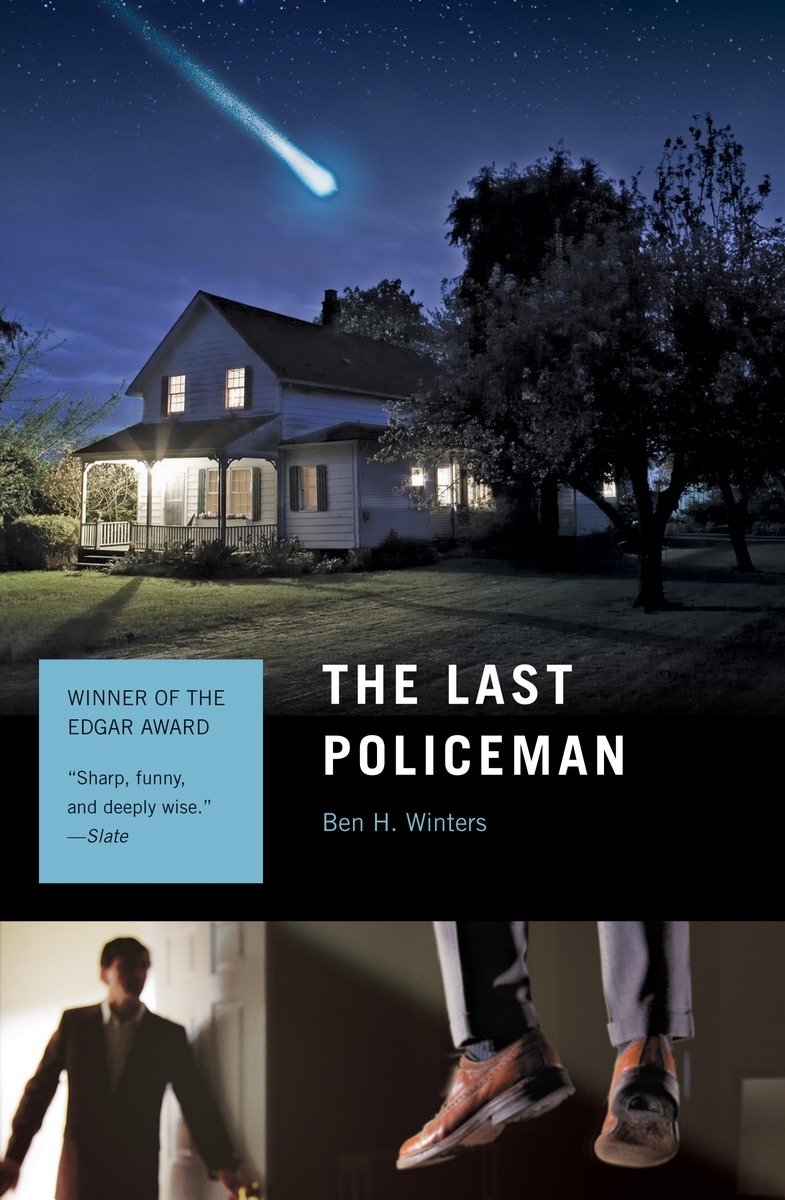 Newly appointed Detective Hank Palace is one of those straight and to the point, good and honest cops. When he’s faced with the body of insurance investigator Zell, hanging in the toilet of a rundown McDonald’s, all obvious signs point to suicide. Especially under the current circumstances, when the town of Concord has ended up with the nickname ‘hanger town.’ But something grates on Palace’s mind, a few facts don’t sit easily with him. For starters, why would a man in run-down clothing, already wearing a belt, buy a brand new expensive belt to hang himself with?

There is another reason that his colleagues are so quick to judge and so quick to move onto the next case. In just months, the world will be no more. The entire planet is fully aware that an asteroid is on a collision course with Earth. The phone lines are going down, people are abandoning their jobs and suicides are more common than ever. Society is slowly falling apart in the face of its own destruction.

But not Hank Palace, he’s convinced there’s more to Zell’s death than meets the eye but when everyone around him is giving up hope, can he alone deliver justice?

This is a book you can review on two very separate levels, on one hand, you have a great, classic detective in Palace. An endearing character who throws himself into his work to avoid is own life (or end of it), falling for the wrong girl, following his gut and not always getting it right first time but doing his best. You really can’t help but warm to his slightly addictive nature and constant want to help. It may sound classic but Winter’s writing style makes it feel incredibly fresh. Then you have the entire separate science fiction style background of the world slowly coming to an end.

“Confused, sad, trembling against the knowledge of what’s coming next, and right on the edge of violence, not angry but anxious in a way that can easily shade into anger.

What sounds like an ‘out there’ idea is executed and followed with such steady logic that it feels completely plausible. So not only do you have an excellent detective, crime noir style story but also a fabulous piece of science fiction. This book was a joy to read and a sadness to finish, luckily there is a follow up coming out soon, which I won’t be missing for the world!