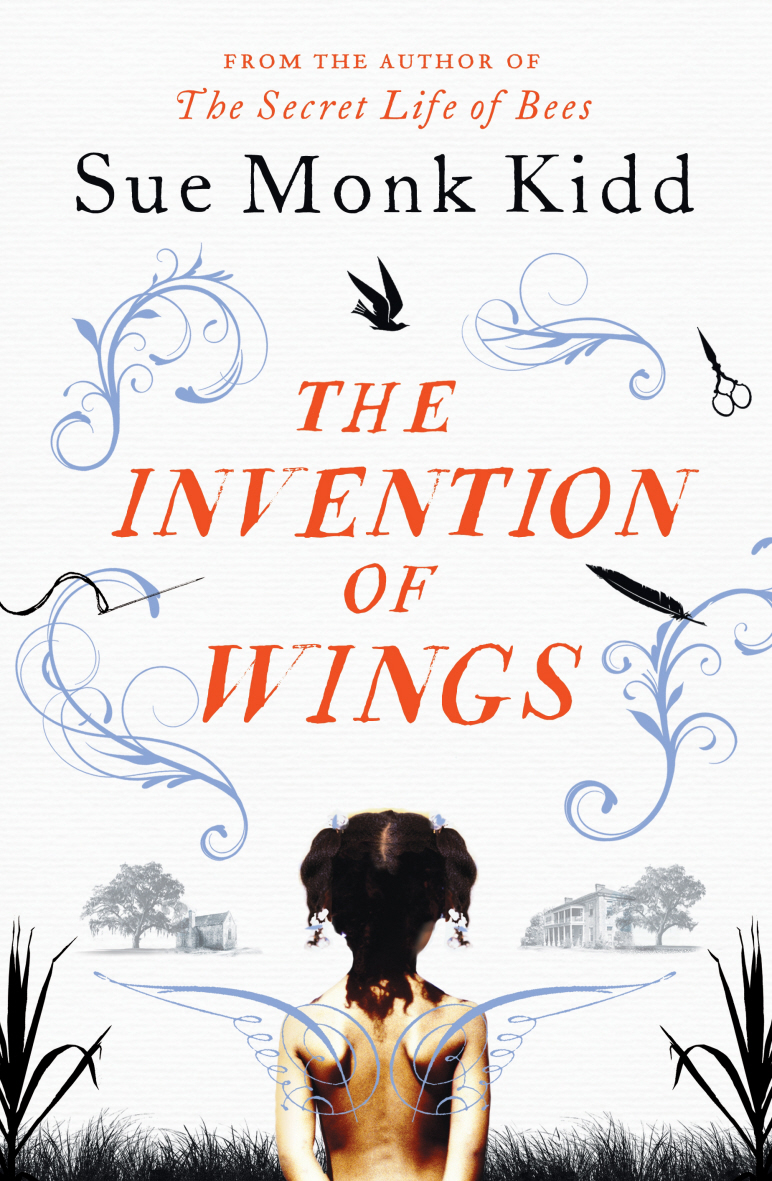 The Invention of Wings by Sue Monk Kidd

Living in the Deep South as the middle daughter of a prosperous and well-respected family, Sarah is used to the slaves her parents keep and was exposed to their punishments far too early in life. But when she gives Handful, a ten-year-old slave girl for her eleventh Birthday she instantly knows how wrong the situation is and refuses to accept her in front of friends and family, much to the anger of her mother. Sarah is given as little choice as Handful in the situation and even her attempts to free her are quashed. Although their relationship starts awkwardly they soon become close. As children they are friends but soon the realities of their places in society put a wedge between them.

Charlotte grows into a woman full of strong beliefs but as a woman, she’s cursed with the inability to achieve or be heard. She stumbles through beliefs and religions until she eventually discovers her true path. Handful grows up to have similarly strong beliefs with even less ability to act on them but as time passes these two incredible women will do anything they can to make their voices heard.

This story of two women’s struggle for a voice is a powerful mix of heartbreaking and empowering. While Charlotte was a real-life campaigner for the freedom of slaves, Handful is a purely fictional character. The story itself is an engrossing piece of fiction, the author notes at the end of the novel packs an extra punch when you realise how much of this tale is based on true events. As the story alternates chapter to chapter between Handful and Charlotte it’s both the repression of women and slaves that are discussed. The physical and mental torture of the slaves is shameful and gruelling to read but important to remember and Handful and her mother are truly unforgettable characters. Sue Monk Kidd tackles an evocative subject with great care, detail and passion which makes for a novel that is beautifully moving.

Buy The Invention of Wings by Sue Monk Kidd