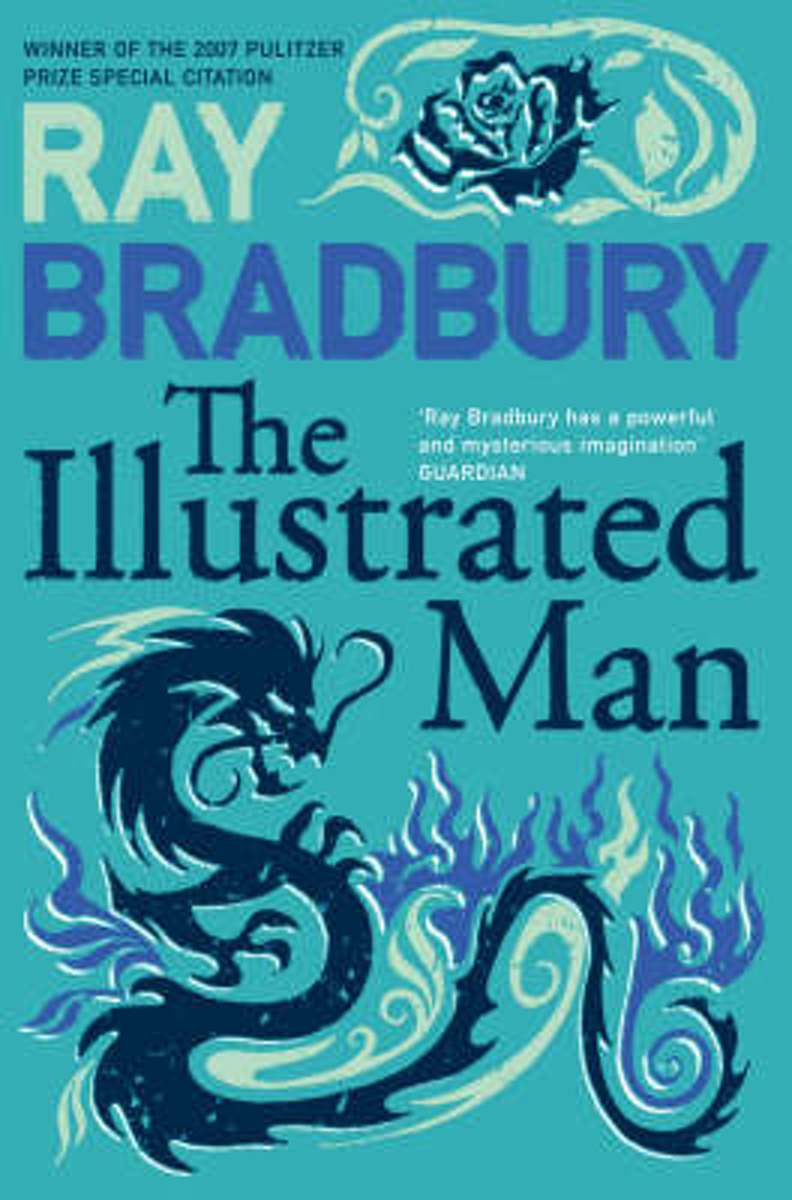 The Illustrated Man by Ray Bradbury

On the 5th of June 2012, one of the true masters of science fiction, American born Ray Bradbury, sadly passed away. Luckily for us, he left behind a wealth of literature to future generations to appreciate. Although he may be most famous for his cult novel  451, today we’re looking at his collection of short stories called The Illustrated Man.

The Illustrated Man is a wanderer, covered head to toe in tattoos, all apart from one small patch on his shoulder. He believes his skin is cursed by the old witch from the future who tattooed his skin all in one go. Stare at him long enough and the ink will swirl and tell a different story to every viewer. The one blank patch? Well, that will show the watcher the story of how they will meet their end but only if they watch for long enough. Obviously, this leads to problems and as soon as the tattooed man gets close to someone or gets settled in a job, his tattoos scare someone and he is forced to move on. He’s tried everything to remove the pictures, sandpaper, knives and acid but nothing works, the tattoos are cursed. This premise leads us into sixteen separate short stories, told through the man’s skin. From space travel, sentient cities, children’s involvement in an alien invasion, racial divides, white lies and the end of the world.

One of the things that first strikes you on reading these short stories, is how incredibly forward thinking they are for being written in 1951. He introduces philosophical ideas that are still more than relevant today and science fiction constructs that have never dated. Ray Bradbury also has a talent for creating an utterly consuming environment in just a few pages, even more so than many modern writers convey over an entire novel. For example, one of the stories is based on a man working the fields and watching as cars race past him, escaping the city. The tension he manages to create in just describing unusual events is fabulous. This is an exceptional collection of short stories that are truly timeless, a must-read for anyone with an open mind or even a slight love for science fiction.