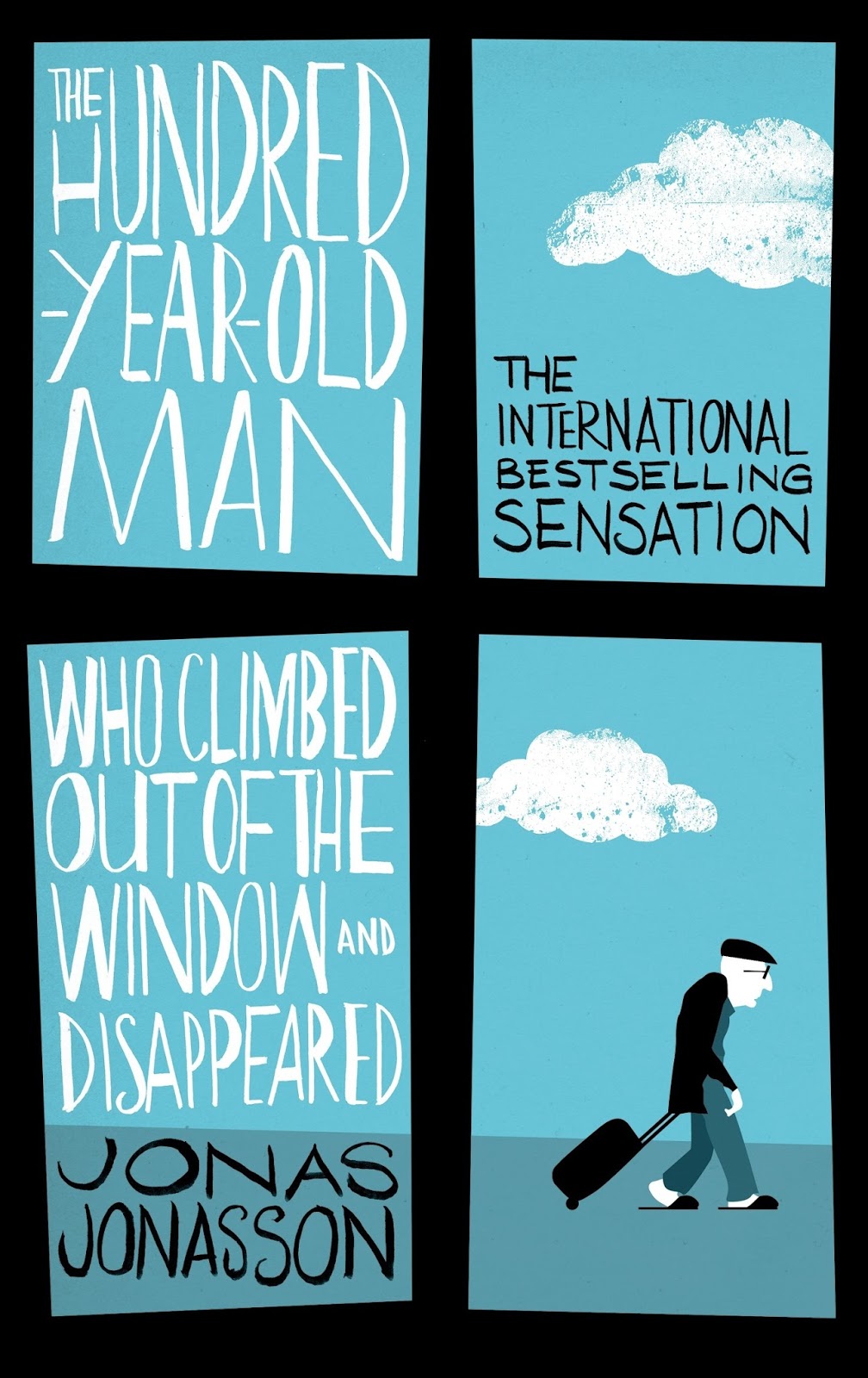 The Hundred Year Old Man Who Climbed Out of the Window and Disappeared is already a global smash hit, selling over two million copies in over thirty counties. At last, it’s available in the UK!

We meet Allan Karlsson as he’s considering his escape. It’s his one-hundredth Birthday and the care home he lives in is throwing him a party but not one Allan has any interest in. For starters, there won’t even be any vodka! So after careful consideration, he climbs out of his window and slowly walks away from all the people attending his celebration. With no real plans or directions, he ends up at a bus service station, looking after a rather rude gentleman’s luggage as the man attends a call of nature. In a sudden life-changing decision, Allan gets on a bus to somewhere he’s never been before, with someone else bag. So what does the bag contain? Why is the press, the police and a gang of criminals after him?

The Hundred Year Old Man Who Climbed Out of the Window and Disappeared is a brilliant mishmash of genres. With bumbling style comedy, history, travel and even hints of a thriller. Chapters alternate between Allan’s current predicament as a centenarian and his varied past, including being involved in the creation of the atom bomb and foiling a plot to assassinate Winston Churchill. His whole left has been spent attempting to avoid politics, yet somehow he’s managed to be right in the centre of the some of the most important historical moments of the last century. In this way it reminded me slightly of Forrest Gump, in both, it’s warmth and ‘coincidence’ style of plot.

I very much enjoyed this book and can see it being one of the best sellers over the next year. It’s very funny with enough intelligence in the historical flashbacks to keep more serious readers engrossed. When there’s killer pensioners, daft gangsters, occasional drunkenness, a sprinkling of love and even an elephant, who could resist? Apparently, this will be released in movie format next year and I can see that working very well but would encourage everyone to read this novel first, as it really is great fun!