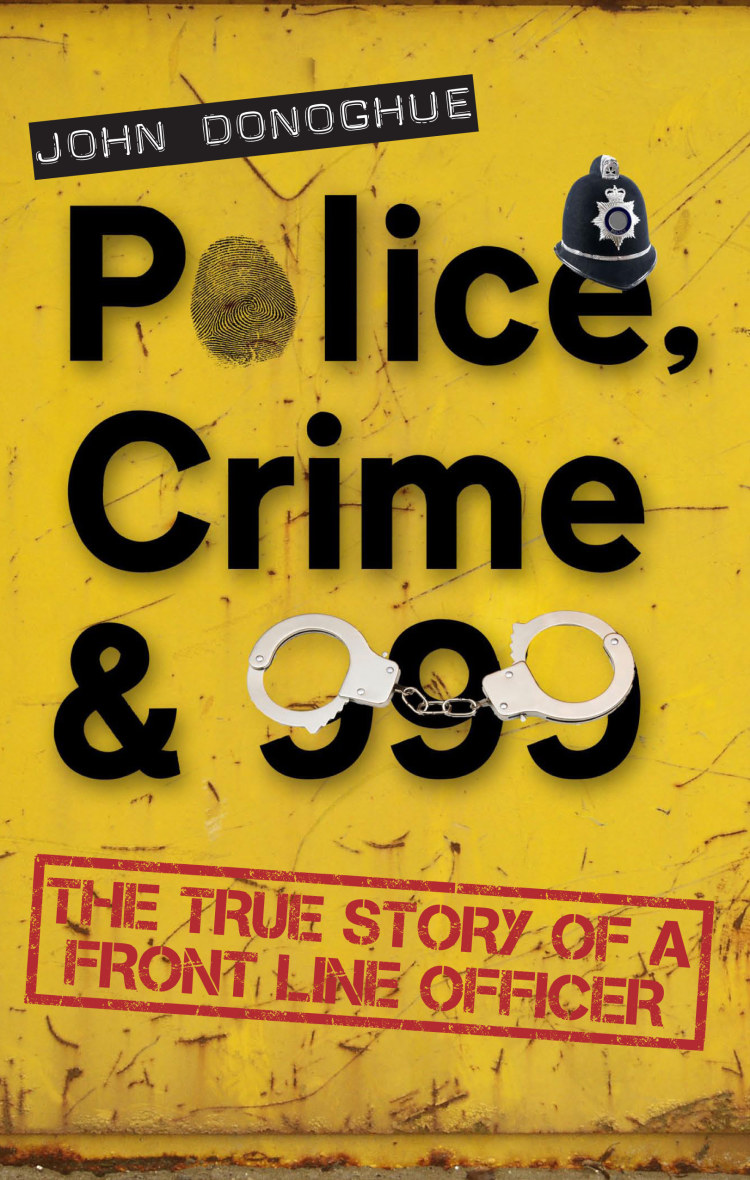 Police, Crime and 999 by John Donoghue

John Donoghue has been a sailor and a soldier, stationed all over the world. After this, unsurprisingly, he found his role in management for a security firm pretty tedious. At forty years old, he decided it was time for a change and quit his job, sold his home and joined the police force. Police, Crime and 999 is a collection of true-life recollections of his first year as a police constable.

Each of the twenty-one chapters gives you a snapshot of the different incidents that police have to deal with. These include domestic disturbances, sudden deaths, suicides, concerns for safety, drug busts and even bomb threats. At these call outs he’s beaten, threatened and come close to being murdered. On a lighter note, he’s also puppy watched, mistaken diarrhoea suffers for rape victims, staked out treasure hunts and hear women threaten their children with paedophiles.

This collection of stories from the front line of the police force are told with great humour, honesty and humility. Even with the darkest of stories, Donoghue manages to see the funny side, even if it’s occasionally unappreciated by the people around him. Although 80% of this book with have you laughing to yourself, there is also a smattering of excellent facts and statistics that I really enjoyed and do leave you thinking. Imagine the outtakes from the Bill with the QI elves thrown in and that is Police, Crime, 999. Although I think it may be more for comedy effect than an actual belief, the only bit I found a tad unnerving was the intense ‘chav’ hating towards the beginning of the book. It comes across as rather brutal when the rest of the book is so openminded. That being said Donoghue has still penned a funny, shocking, highly readable and fascinating insight into modern policing.