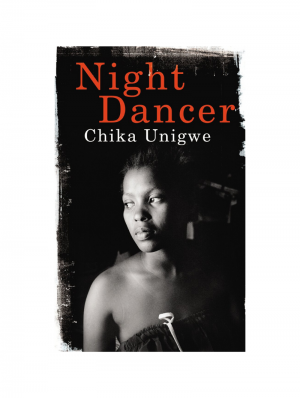 The first half of this novel concentrates on Mma’s intensely negative feelings towards her mother. Being the daughter of a single mother made Mma’s childhood a painful one. Her mother refused to discuss her father and openly denied his existence to anyone that asked. Her decision to stay a single mother brought shame upon the family and Ezi was shunned by her mother and father. Ezi’s insistence on being a proud single mother and to provide everything her daughter needed eventually drove her to prostitution. This made the two of them even larger targets for mockery, bullying and obscene gossip. Even when her mother was on her deathbed, Mma despised her and hated the brazenness that ruined her childhood.

The latter part of the novel looks back to the 1960’s and reveals the reason why Ezi became the tough and often distant mother that her daughter came to reject.

Back to Mma again and due to her mother’s death, she has uncovered the stranger that is her father. Is it time for her to ask forgiveness for her mother’s sins, or will she learn more than she bargained for?

This evocative story captures both tales of Ezi and Mma to perfection. From only a few pages in you completely empathise with Mma’s childhood, but as Ezi’s past is exposed, you realise things were not as black and white as they appeared. The novel exposes difficult clashing of modern culture and finances against history and tradition. When what a woman is expected to be and feels is right, are completely separate. Beautifully written, evocative and with heart-stealing characters, this novel was a joy from beginning to end.

If you enjoyed Night Dancer by Chika Unigwe, you’ll love My Sister, the Serial Killer by Oyinkan Braithwaite.