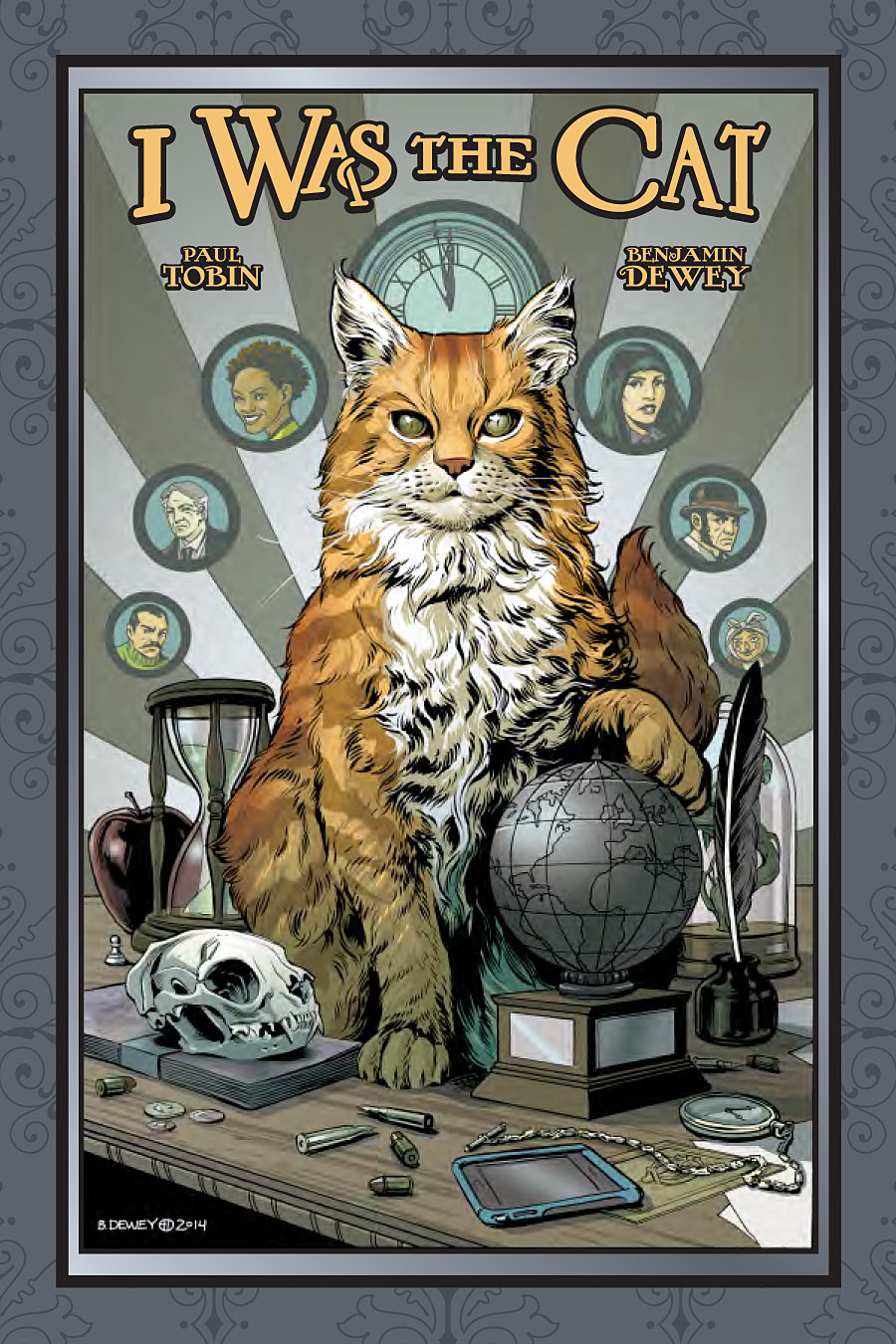 I Was The Cat by Paul Tobin

When Alison receives an unexpected offer of work she’s warned not be afraid of her employer’s looks. That gets the alarm bells ringing but her breaking news blog just isn’t paying the bills so she goes along to the first meeting, against her best friends advice. Alison knows she’s being commissioned to writing a memoir so she expects long, in-depth discussions with her latest client. What she doesn’t expect is for him to be a talking cat.

Burma is on the 9th of his lives and has decided it’s time for the world to know about his existence. He’s been there at the forefront of wars, revolutions and world-changing historical events over and over. He’s been the driving force behind some of the greatest men and women in history but why? Because all he’s ever wanted is to take over the world.

I knew nothing about this surreal tale of a power-hungry feline but the premise sounded bonkers enough to intrigue me. Hoping for something good but not expecting much, I couldn’t have ended up enjoying it more. Burma’s hiding some massive secrets from Alison and even though he’s technically a ‘baddie’ you can’t help but find his attempts at world domination endearing….and that’s how cats will take over the world! I won’t give away any more of his exploits but if you fancy something truly unique then I Was the Cat is it.

Buy I Was The Cat by Paul Tobin