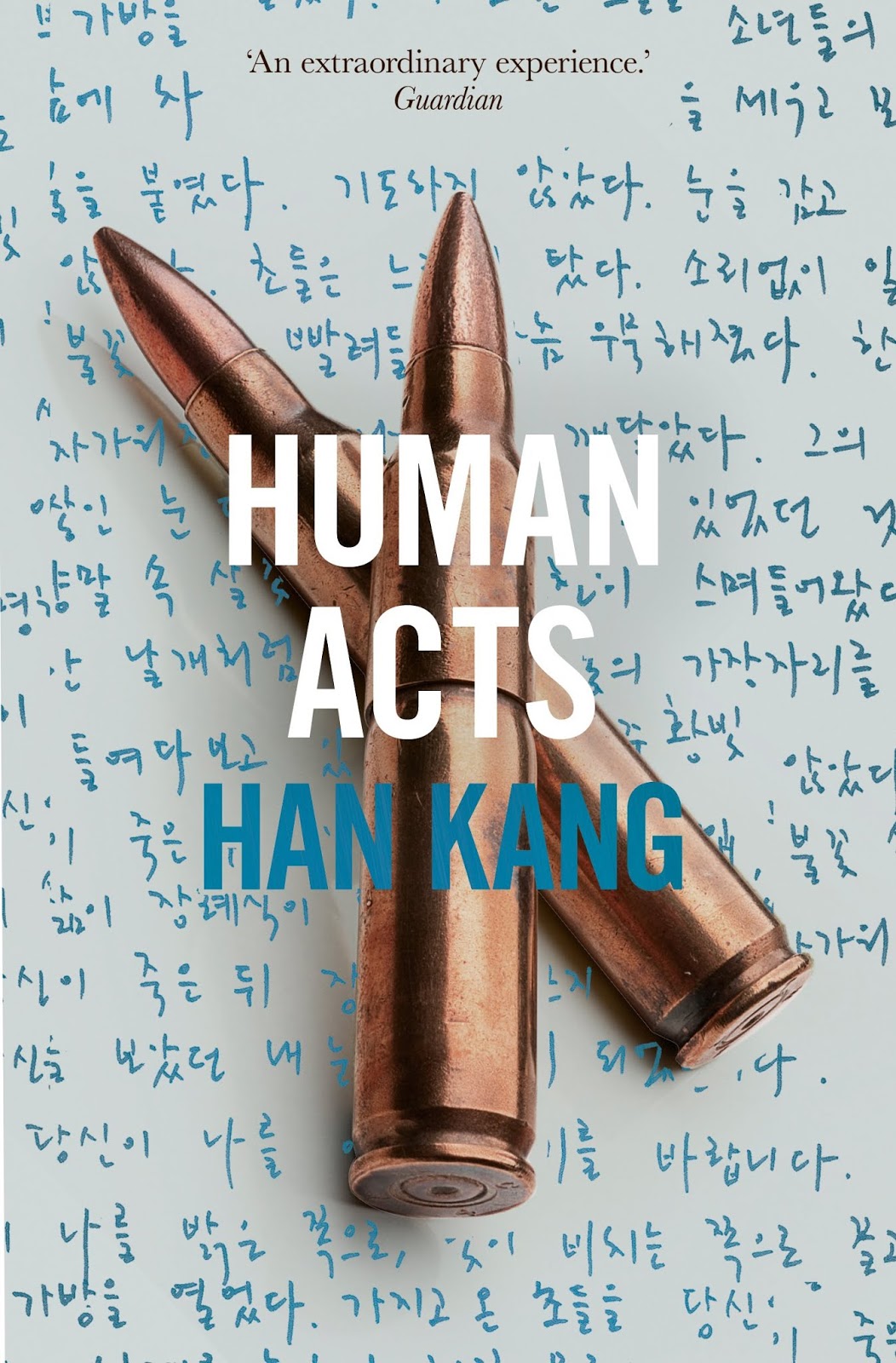 After a bloody massacre during a student uprising, the residents of Gwangju, South Korea keep their young hidden behind closed doors but Dong-ho stays to help catalogue the bodies that continue to mount up, waiting for his lost friend to arrive.

That friend is far away, aware of his own rotting corpse in the pile of dead bodies beneath him. Aware he’s dead and feeling the souls of the deceased all around him he watches as more and more bodies are brought to join his own.

The rebellion, the capture, the imprisonment and torture unite the interconnecting perspectives of this tale.

Human Acts is a devastating novel, the kind of novel that leaves you feeling that you’ve just been exposed to something so important you have to simply sit and reflect on it for a while. From students looking for a change, school boys looking for their friends or a woman, years later, who is still trying to move on, each of these stories is touching, powerful and vivid. Descriptions of bodies and torture are not wallowed in but crafted so well they are short, sharp punches that can take the readers breath away.

As beautifully written as it is poignant Human Acts is an incredible novel that I can imagine appearing on literary award nomination lists this year.