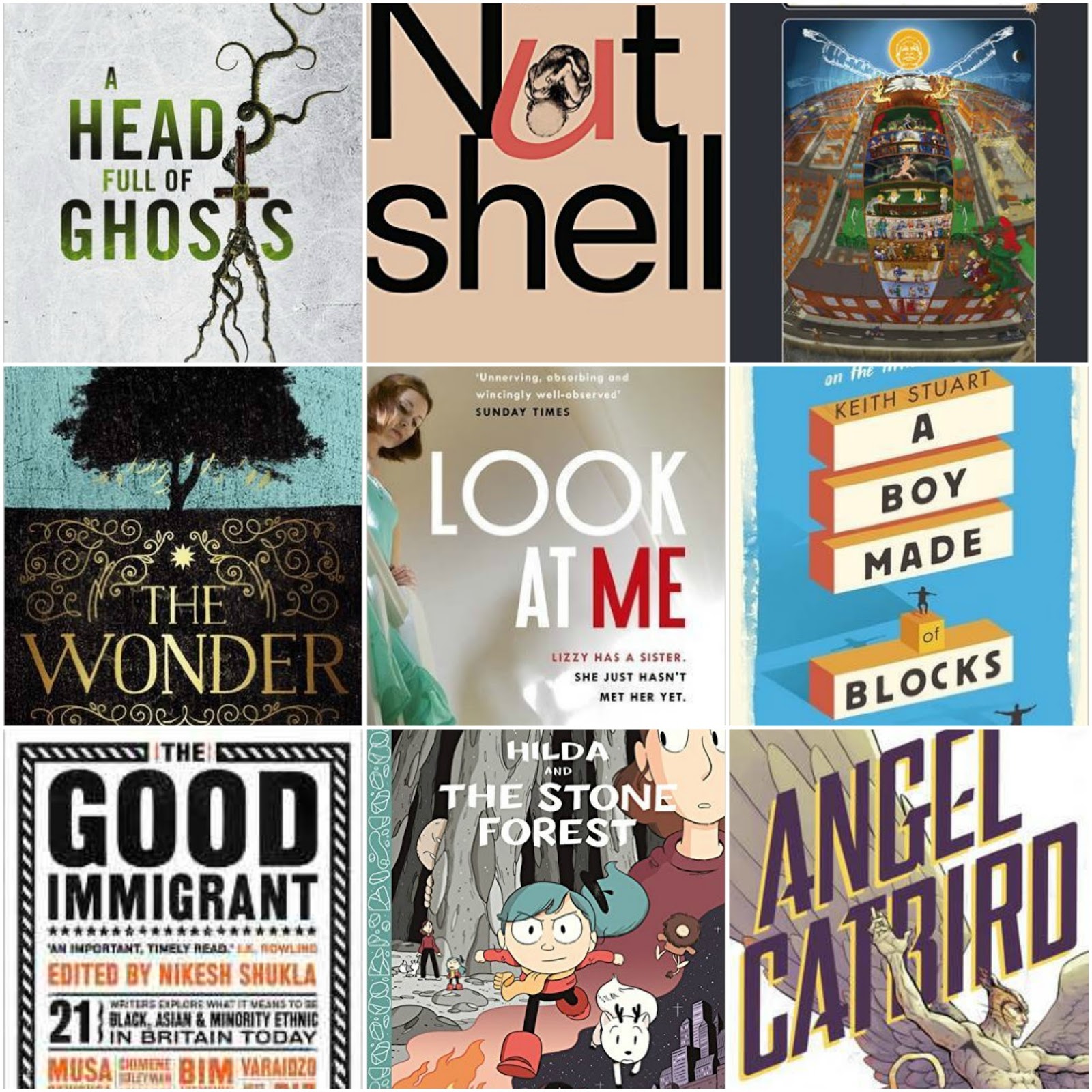 September is upon us already and that means the number of new books in our shops starts shooting up for Christm….no, I just can’t think about it just yet. It’s such as great month it makes me a bit…

Here’s a look at a handful of books, published this month, that I’ve either read or can’t wait to get my greedy mitts on. 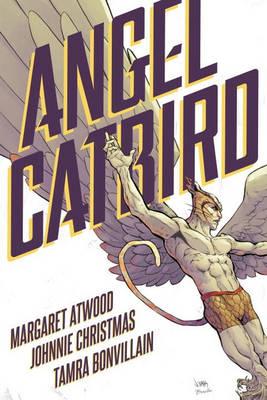 There are two pretty simple facts that sold this graphic novel to me from the day it was announced:

1) It’s written by THE Margaret Atwood

On a dark night, young genetic engineer Strig Feleedus is accidentally mutated by his own experiment and merges with the DNA of a cat and an owl. What follows is a humorous, action-driven, pulp-inspired superhero adventure– with a lot of cat puns.

Buy your copy of Angel Catbird 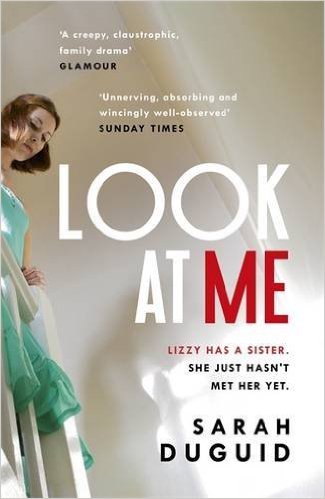 I meant to grab up this creepy sounding, coming-of-age novel when it was published in hardback at the beginning of the year but I’ve been so slow it’s already out in paperback!

Lizzy’s mother died two years ago, leaving a family bereft by her absence and a house still filled with her things. Then, one day, Lizzy finds a letter from a stranger to her father, and discovers he has another child. Lizzy invites her into their world in an act of outraged defiance. Almost immediately, she realises her mistake

Buy your copy of Look at Me from Amazon here. 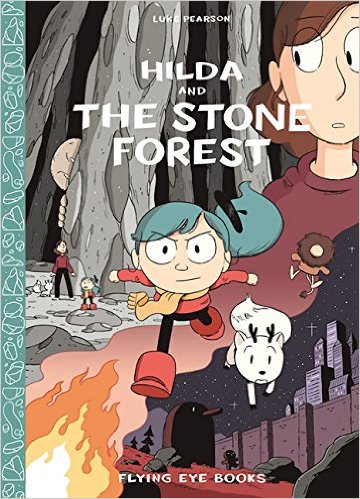 Yes, it’s aimed at children and no, I don’t care.  Hilda is one of my favourite children’s characters ever. As long as Luke Pearson keeps creating new stories, I’ll carry on reading them. Hilda stories are always as beautiful as they are fun to read so I’m really looking forward to this!

Hilda may be grounded, but that won t stop her from heading off on another daring adventure! But everything is thrown off course when her mother catches her and is dragged along for the ride. Furious with each other, the bickering pair find themselves lost in the land of the trolls, forced to embark on a dangerous journey to make their way home. And to make matters even more difficult, Hilda has to do so . . . as a troll? Buckle your seatbelts for a crazy body-swapping adventure!

Buy your copy of Hilda and the Stone Forest from Amazon here. 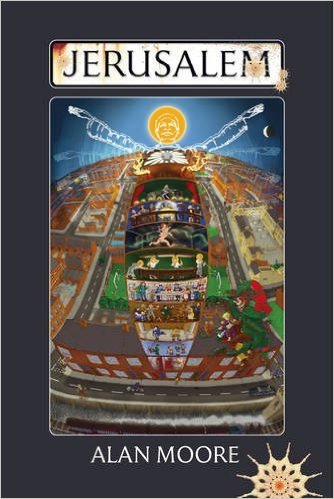 When you hear that a novel is a bit of a beast, you might image a brick sized book. Well, Alan Moore has gone a little further and penned this million word novel that comes in hardback or three volume slipcase paperback. He described it as “a savage, hallucinating Enid Blyton” to the BBC, I’m in. Timers at the ready for how long it takes to read!

In the half a square mile of decay and demolition that was England’s Saxon capital, eternity is loitering between the firetrap tower blocks. Embedded in the grubby amber of the district’s narrative among its saints, kings, prostitutes, and derelicts a different kind of human time is happening. An opulent mythology for those without a pot to p*ss in, through the labyrinthine streets and pages of Jerusalem tread ghosts that sing of wealth and poverty; of Africa, and hymns, and our threadbare millennium.

Buy your copy of Jerusalem from Amazon here. 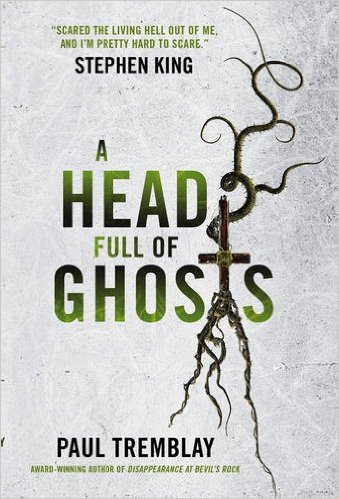 When Stephen King openly admits that a book ‘scared the living hell’ out of him then you have to sit up and pay attention.

The lives of the Barretts, a suburban New England family, are torn apart when fourteen-year-old Marjorie begins to display signs of acute schizophrenia. To her parents despair, the doctors are unable to halt Marjorie’s descent into madness. As their stable home devolves into a house of horrors, they reluctantly turn to a local Catholic priest for help, and soon find themselves the unwitting stars of The Possession, a hit reality television show. Fifteen years later, a bestselling writer interviews Marjorie’s younger sister, Merry. As she recalls the terrifying events that took place when she was just eight years old, long-buried secrets and painful memories begin to surface and a mind-bending tale of psychological horror is unleashed.

Buy your copy of A Head Full of Ghosts from Amazon here. 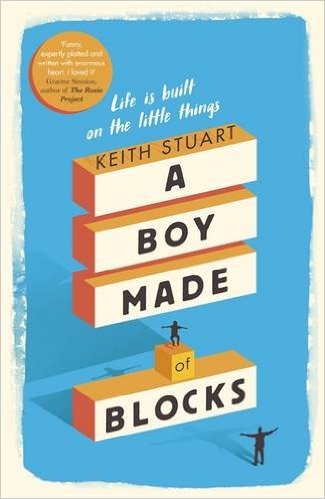 As with so many books these day, it’s the hugely positive social media surrounding this novel that first grabbed my attention. This story is based on the author’s own experiences with his son, sounds like it could end up with me having a blub but in a good way.

He loves his wife Jody, but has forgotten how to show it. He loves his son Sam, but doesn’t understand him. Something has to change. And he needs to start with himself.

Beautiful, surprising, autistic. To him the world is a puzzle he can’t solve on his own.

But when Sam starts to play Minecraft, it opens up a place where Alex and Sam begin to rediscover both themselves and each other . . .

Can one fragmented family put themselves back together, one piece at a time?

Buy your copy of A Boy Made of Blocks from Amazon here. 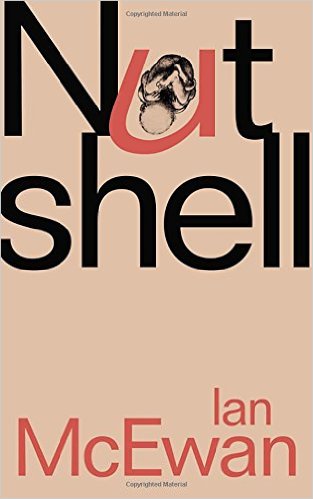 Ian McEwan is simply a literary master so when I heard this novel is written from the perspective of a foetus, it only made me more certain that I’d be picking this up on publication day. It’s on my shelf and ready to go as soon as I finish the book I’m on at the moment!

Trudy has betrayed her husband, John. She’s still in the marital home – a dilapidated, priceless London townhouse – but not with John. Instead, she’s with his brother, the profoundly banal Claude, and the two of them have a plan. But there is a witness to their plot: the inquisitive, nine-month-old resident of Trudy’s womb.

Buy your copy of Nutshell from Amazon here 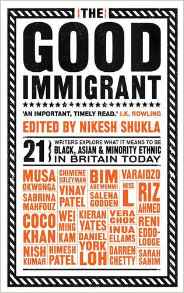 There are so many excellent reasons to buy this collection of short stories it’s hard to know where to begin. What started as a mission by editor Nikesh Shukla to spread the voices of Black, Asian and Minority Ethnic turned into a crowd-funded book featuring twenty ones stories from some of Britain’s most exciting writers. The book got incredible support from the literary community, including J.K Rowling herself, and is available from all good bookshops from 22 September 2016.

How does it feel to be constantly regarded as a potential threat, strip-searched at every airport?

Buy your copy of The Good Immigrant from Amazon here. 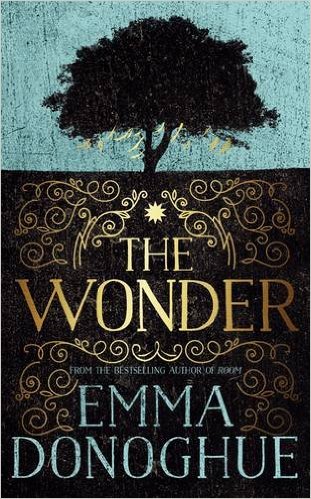 The author of bestselling Room is back with her brand new novel, The Wonder.

An eleven-year-old girl stops eating, but remains miraculously alive and well. A nurse, sent to investigate whether she is a fraud, meets a journalist hungry for a story.

Set in the Irish Midlands in the 1850s, The Wonder – inspired by numerous European and North American cases of ‘fasting girls’ between the sixteenth century and the twentieth – is a psychological thriller about a child’s murder threatening to happen in slow motion before our eyes. Pitting all the seductions of fundamentalism against sense and love, it is a searing examination of what nourishes us, body and soul.

Buy your copy of The Wonder by Emma Donoghue from Amazon here.