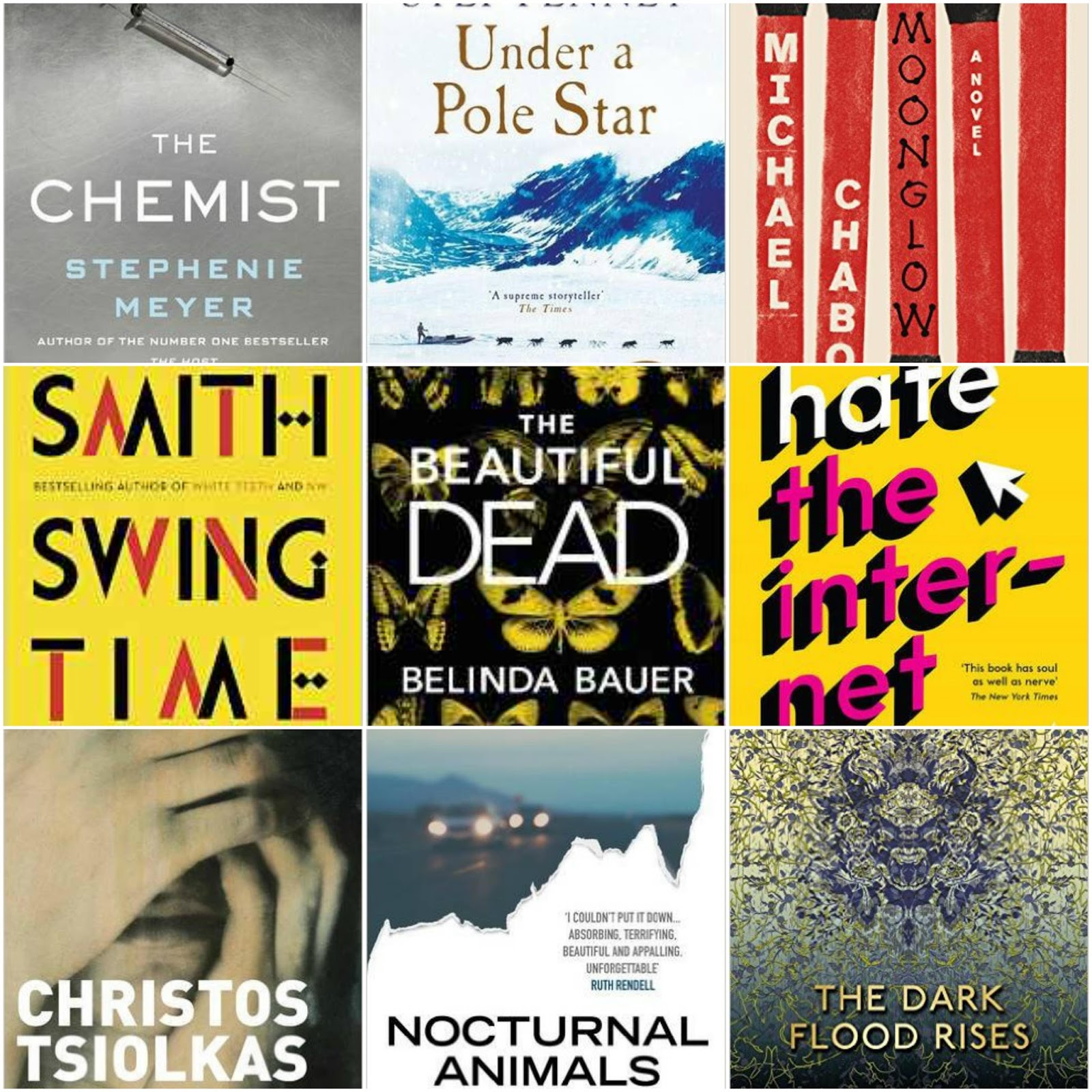 Quite often the publishing world slows down in November and December, after all the big Christmas books hit the shelves in September, but this year seems to be an exception. There’s a wealth of incredible new books to publish this month and this is a handful of the ones that I’m excited to read. 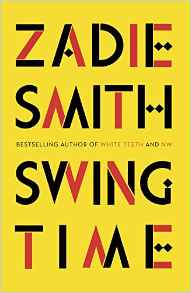 Two brown girls dream of being dancers – but only one, Tracey, has talent. The other has ideas: about rhythm and time, about black bodies and black music, what constitutes a tribe, or makes a person truly free. It’s a close but complicated childhood friendship that ends abruptly in their early twenties, never to be revisited, but never quite forgotten, either…

Dazzlingly energetic and deeply human, Swing Time is a story about friendship and music and stubborn roots, about how we are shaped by these things and how we can survive them. Moving from north-west London to West Africa, it is an exuberant dance to the music of time.

Buy your copy of Swing Time by Zadie Smith from Amazon here. 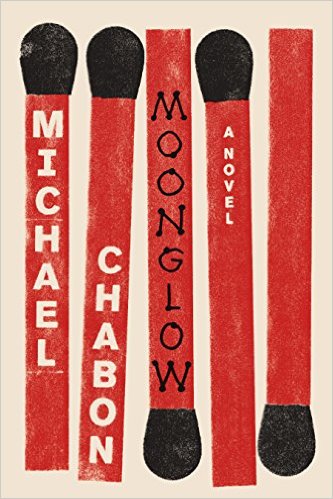 In 1989, fresh from the publication of his first novel, The Mysteries of Pittsburgh, Michael Chabon traveled to his mother s home in Oakland, California, to visit his terminally ill grandfather. Tongue loosened by powerful painkillers, memory stirred by the imminence of death, Chabon s grandfather shared recollections and told stories the younger man had never heard before, uncovering bits and pieces of a history long buried and forgotten. That dreamlike week of revelations forms the basis for the novel Moonglow, the latest feat of legerdemain from Pulitzer Prize-winning author Michael Chabon.

Moonglow unfolds as the deathbed confession of a man the narrator refers to only as my grandfather. It is a tale of madness, of war and adventure, of sex and marriage and desire, of existential doubt and model rocketry, of the shining aspirations and demonic underpinnings of American technological accomplishment at midcentury, and, above all, of the destructive impact and the creative power of keeping secrets and telling lies. It is a portrait of the difficult but passionate love between the narrator s grandfather and his grandmother, an enigmatic woman broken by her experience growing up in war-torn France. It is also a tour de force of speculative autobiography in which Chabon devises and reveals a secret history of his own imagination.

From the Jewish slums of prewar South Philadelphia to the invasion of Germany, from a Florida retirement village to the penal utopia of New York s Wallkill prison, from the heyday of the space program to the twilight of the American Century, the novel revisits an entire era through a single life and collapses a lifetime into a single week. A lie that tells the truth, a work of fictional nonfiction, an autobiography wrapped in a novel disguised as a memoir, Moonglow is Chabon at his most moving and inventive.

Buy your copy of Moonglow by Michael Chabon from Amazon here. 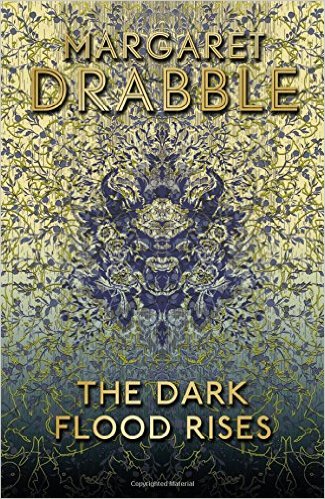 Fran may be old but she’s not going without a fight. So she dyes her hair, enjoys every glass of red wine, drives around the country for her job with a housing charity and lives in an insalubrious tower block that her loved ones disapprove of. And as each of them – her pampered ex Claude, old friend Jo, flamboyant son Christopher and earnest daughter Poppet – seeks happiness in their own way, what will the last reckoning be? Will they be waving or drowning when the end comes?

Buy your copy of The Dark Flood Rises by Margaret Drabble from Amazon here. 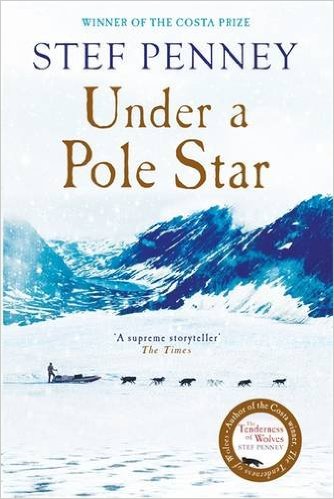 Flora Mackie first crossed the Arctic Circle at the age of twelve. In 1889, the whaler’s daughter from Dundee – dubbed by the press ‘The Snow Queen’ – sets out to become a scientist and explorer. She struggles to be taken seriously but determination and chance lead her back to northern Greenland at the head of a British expedition, despite the many who believe that a young woman has no place in this harsh world of men.

Geologist Jakob de Beyn was raised in Manhattan. Yearning for wider horizons, he joins a rival expedition, led by the furiously driven Lester Armitage. When Jakob and Flora’s paths cross, it is a fateful meeting.

All three become obsessed with the north, a place where violent extremes exist side by side: perpetual night and endless day; frozen seas and coastal meadows; heroism and lies. Armitage’s ruthless desire to be the true leader of polar discovery takes him and his men on a mission whose tragic outcome will reverberate for years to come.

Set against the stark, timeless beauty of northern Greenland, and fin-de-siècle New York and London, Under a Pole Star is a compelling look at the dark side of the ‘golden age’ of exploration, a study of the corrosive power of ambition, and an epic, incendiary love story. It shows that sometimes you have to travel to the furthest edge of the world in order to find your true place in it.

Buy your copy of Under a Pole Star by Stef Penney from Amazon here. 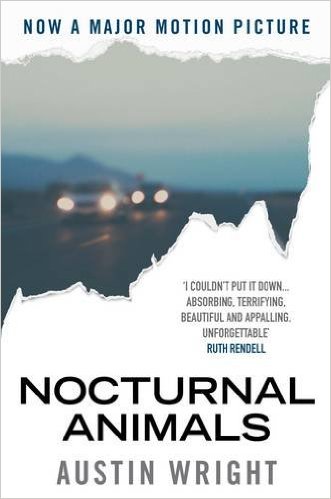 The novel that inspired the 2016 major motion picture Nocturnal Animals, starring Jake Gyllenhaal and Amy Adams, is a dazzling, eerie, riveting thriller of fear and regret, blood and revenge. Many years after their divorce, Susan Morrow receives a strange gift from her ex-husband. A manuscript that tells the story of a terrible crime: an ambush on the highway, a secluded cabin in the woods; a thrilling chiller of death and corruption. How could such a harrowing story be told by the man she once loved? And why, after so long, has he sent her such a disturbing and personal message…? Originally published as Tony and Susan.

Buy your copy of Nocturnal Animals from Amazon here. 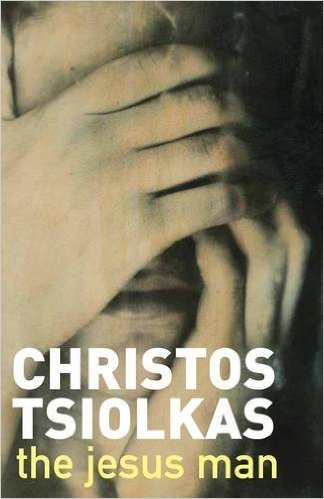 The Jesus Man tells the story of one family, trapped between conflicting identities – while the parents were born Greek and Italian, the three sons, Dom, Tommy and Louie, have grown up as Australians. Haunted by their history and increasing inability to relate to each other, Tommy inexorably descends into a cycle of violence, pornography and madness. When he commits a terrible crime, his family must try to come to terms with the terrifying stranger he had become, and the hell that living had been for him. With page-turning, thrilling urgency,

Buy your copy of The Jesus Man from Amazon here. In the 1990s, Adeline drew a successful comic book series that ended up making her kind-of famous. In 2013, Adeline aired some unfashionable opinions that made their way onto the Internet. The reaction of the Internet, being a tool for making millions in advertising revenue from online abuse, was predictable. The reaction of the Internet, being part of a culture that hates women, was to send Adeline messages like ‘Drp slut … hope u get gang rape.’

Set in a San Francisco hollowed out by tech money, greed and rampant gentrification, I Hate the Internet is a savage indictment of the intolerable bullshit of unregulated capitalism and an uproarious, hilarious but above all furious satire of our Internet Age.

Buy your copy of I Hate the Internet from Amazon here. 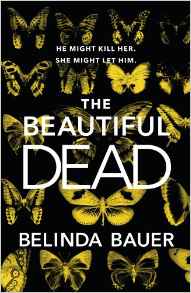 Eve Singer needs death. With her career as a TV crime reporter flagging, she’ll do anything to satisfy her ghoulish audience.

The killer needs death too. He even advertises his macabre public performances, where he hopes to show the whole world the beauty of dying.

When he contacts Eve, she welcomes the chance to be first with the news from every gory scene. Until she realises that the killer has two obsessions.

One is public murder.

Buy your copy of The Beautiful Dead from Amazon here. 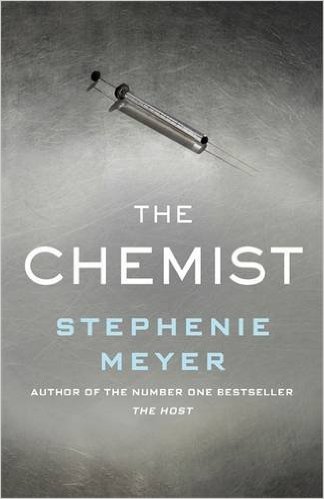 In this gripping page-turner, an ex-agent on the run from her former employers must take one more case to clear her name and save her life.

She used to work for the U.S. government, but very few people ever knew that. An expert in her field, she was one of the darkest secrets of an agency so clandestine it doesn’t even have a name. And when they decided she was a liability, they came for her without warning.

Now she rarely stays in the same place or uses the same name for long. They’ve killed the only other person she trusted, but something she knows still poses a threat. They want her dead, and soon.

When her former handler offers her a way out, she realises it’s her only chance to erase the giant target on her back. But it means taking one last job for her ex-employers. To her horror, the information she acquires makes her situation even more dangerous.

Resolving to meet the threat head-on, she prepares for the toughest fight of her life but finds herself falling for a man who can only complicate her likelihood of survival. As she sees her choices being rapidly whittled down, she must apply her unique talents in ways she never dreamt of.

Buy your copy of The Chemist from Amazon here.

Well, there it is, an epic collection of books to keep you busy reading. As always, if I’ve missed something you’re excited to read that’s out this month then let me know.