Getting Off by Lawrence Block

Today on The Tattooed Book I’ll be reviewing Getting Off by Lawrence Block and catching up with the author himself.

In 1958, well-known crime writer and Grand Master of the Mystery Writers of America (1993), Lawrence Block released his first novel. Though at this point, he was writing lesbian pulp novels under the pseudonym, Lesley Evans. Numerous pen names followed including Sheldon Lord, Andrew Shaw and Jill Emerson.

Over 50 years later, he’s returned to his roots and resurrected the name Jill Emerson. Teaming up with Hard Case Crime and Titan Books, his comeback novel is bluntly titled, Getting Off. And with a tagline of ‘a novel of sex and violence,’ it pretends to be nothing but the crime pulp it is.

Getting Off is based around a young lady called Katherine, although hardly anyone knows her by this name as she jumps from city to city and name to name as quickly as she jumps from one bed to another. After being groomed and sexually abused by her father at an early age, her outlook on sex is unsurprisingly jaded. After she sleeps with a man, she kills him, robs him and moves onto the next one in a mental cleansing routine. The problem is, for one reason or another, five men who escaped with their lives and now she needs to tidy up those loose ends. The novel follows her as she hunts, sleeps with and kills the men on her list. But what happens if she can’t wipe the slate clean? And can she stop the killing if she does?

This book is everything you would probably expect by simply looking at the cover; sex, drugs, murder, lust, lesbians and even a drop of necrophilia as the icing on the cake. The writing is fluid, and the pacing is well structured to keep you engrossed. Saying that, the main story does seem to end ¾ of the way in, then the last quarter is just pure lesbian sex. If you’re a fan of literary prize winners, this will not be for you. 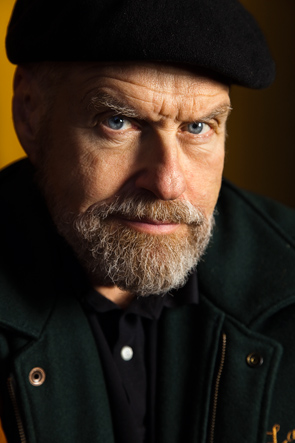 Along with being able to review this title, Lawrence Block was also kind enough to take a moment out of his busy schedule to answer a few quick questions for me.

What inspired you to bring back your old pseudonym Jill Emerson after all this time?

I felt that an open pen name, “Lawrence Block writing as Jill Emerson,” would help to indicate that Getting Off is categorically different than most of what I’ve been writing in recent years.

Have any of your previous female characters or characters in any other fiction you have enjoyed, influenced your female lead in Getting Off?

Influenced? I wouldn’t think so. But Kit Tolliver might feel a kinship with Susan Pomerance of Small Town.

Were you ever tempted to tone down the sexual nature of the book to become more mainstream?

No, I knew I liked it just the way it was. And I was encouraged throughout by my editor, Charles Ardai of Hard Case Crime, who didn’t seem in any way deterred by the book’s sexual intensity.

Are you going to be continuing to write as Jill Emerson and if so, where are you going from here?

I really don’t know. But the keen reception Getting Off’s had is gratifying, as are the strong eBook sales of Jill’s seven-volume backlist.

After becoming such a well known and prolific writer, are you still influenced by or admire any other specific writers?

Too many to name!

Do you have any advice for aspiring writers trying to get into a similar field of work?

Well, I’ve written half a dozen instructional books for writers, so I evidently do. But I think the most important piece of advice I can offer is this: Write to please yourself.

If you liked Getting Off by Lawrence Block, you’ll love Joyland by Stephen King.

Buy Getting Off by Lawrence Block