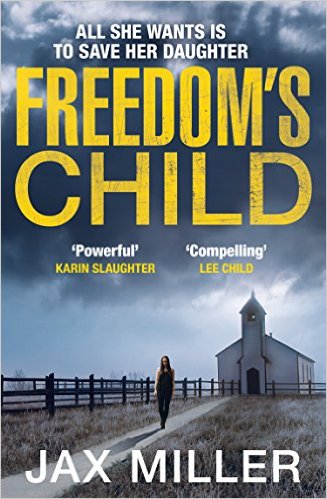 Freedom’s time is up and she knows it. For eighteen years she has been cooped up in witness protection, hiding from the man who was sent to prison for killing her husband. But now the daughter she had to give up is missing from her adoptive home and the man who hates her most in the world is free. A coincidence? She doesn’t know but either way she needs to sober up, come out of hiding and find her daughter.

Every once in a while you read a character that you might not necessarily like but you can’t help but love. Freedom is rude, tattooed, larey and drinks far too much. She’s tough as nails, will drink anyone under the tale and is not growing old gracefully. Those are just a few of the reasons she’s great.

Freedom is by far the main character in this novel but she’s surrounded by an incredibly vivid cast, including her estranged children, a truly repugnant mother-in-law and a bar of bikers. Every new name brings a colourful character to life in her whirlwind of a journey that you instantly warm to or instantly despise.

Freedom’s mission to save her daughter and escape her ex-husband’s family is a non-stop, action packed tale of religion, guns, lies and redemption. This incredible début is a complete must-read for any crime fan and is certainly my crime book of the year so far. If you make it through without finishing it and wanting to start all over again, you’re a stronger person than me! With Freedom’s Child as a début, Jax Miller is certainly an author that I can’t wait to read more from.

Buy your copy of Freedom’s Child from Amazon  here.