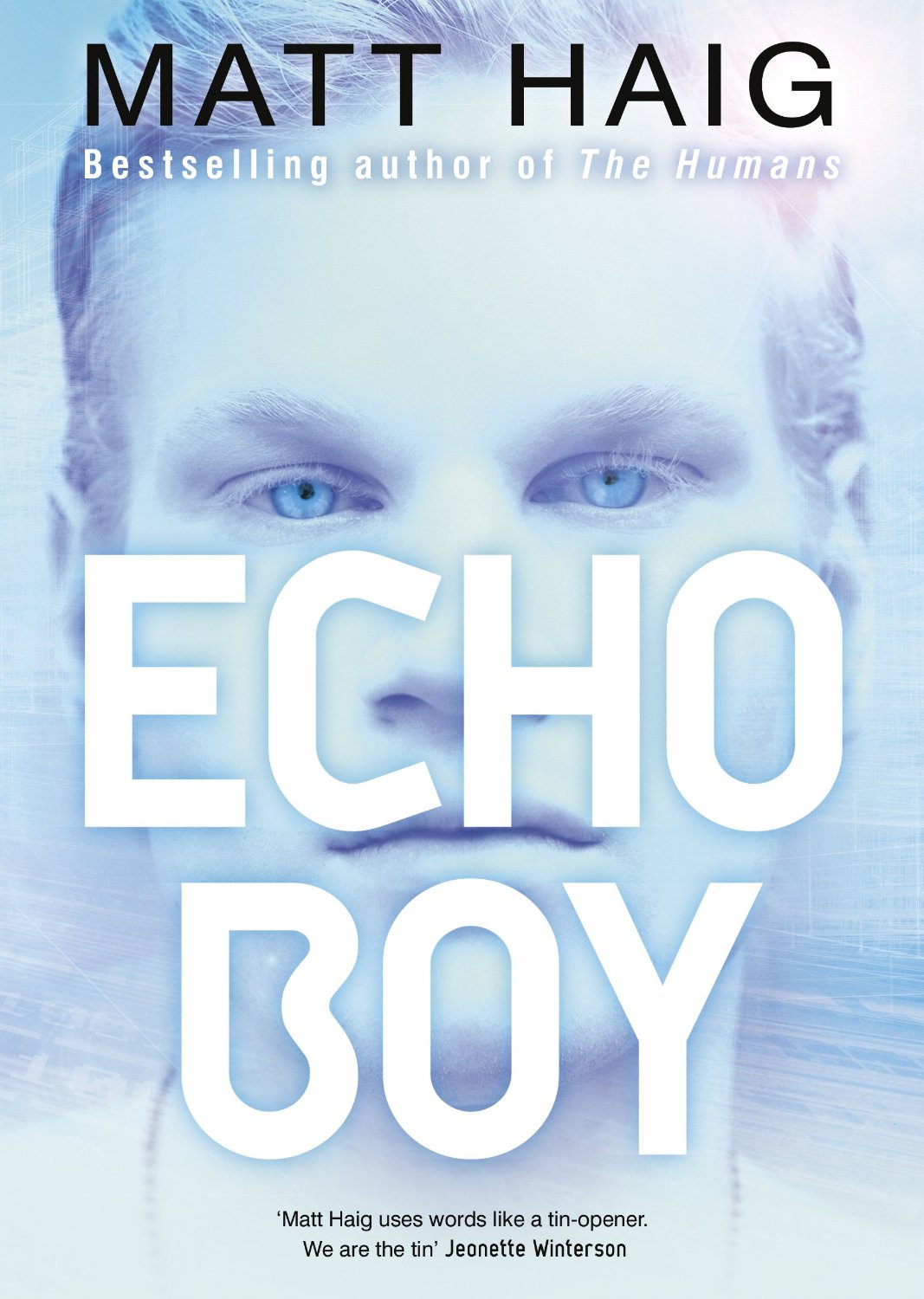 In a world of virtual reality learning and computer-generated teachers, Audrey can hardly ignore the growing population of robots that surround her, no matter how much her father wishes they could. When their old house robot starts to malfunction her family discuss the possibility of purchasing a new model, an Echo. Echos are robots that appear human apart from their all too perfect skin, needing only water and sugar to survive there are numerous different models to suit anyone’s needs.

Audrey’s father is a strong campaigner against Echos and especially Castle Industries, one of the driving forces behind their technology. To make matters even more complicated Castle Industries is run by her father’s own brother, creating a rift within the family. But Audrey’s mother insists that an Echo would be the best teacher for Audrey and eventually her father gives in and leaves the final decision to Audrey herself. She agrees with the idea but her father insists they buy one from someone other than his brother’s company.

They purchase an Echo that’s female in appearance and suitable for teaching and she soon becomes part of their everyday lives but after a while, they start to notice some unusual behaviour, ingesting more sugar than necessary and not following direct orders but they don’t worry too much about it. Then one day Audrey emerges from the pod in her bedroom to find the house eerily quiet. She calls out to her parents as she wanders the house and soon finds the Echo, knife in hand, standing over the lifeless body of her father. The Echo lunges for her and she barely escapes the house with her life. When her uncle contacts her he insists she comes to stay with him but she struggles being surrounded by all the Castle Industries Echos that run his home for him. One teenage boy Echo is especially unnerving but is it the Echos she really needs to be afraid of?

Echo Boy is Matt Haig’s first novel aimed at young adults, taking a strong science fiction theme and adding philosophical questions that will appeal as much to adults as teenagers. The eternal question of when and can a robot ever become human is a constant idea that’s explored and analysed within the plot. With this comes more ethical dilemmas, if a robot can feel pain, should it be treated as human? These are the main themes that will appeal to adults but there’s also enough action, adventure and tension with a slight dusting of romance to keep anyone enthralled. The futuristic world that Haig creates is both fascinating yet believable, creating a dark yet logical progression from today’s technology and pushing it to its next steps.

Matt Haig has penned a number of hugely popular adult and young children’s novels and if Echo Boy is anything to go by, he’s on the way to steal the YA market too. Echo Boy is fun and action-packed but it’s his unique depth of writing that makes Matt Haig’s work such compelling reading.