So there it goes, another year gone (please insert your own whimsical phrase on time gone by and being another year older etc). Here’s my round-up of the best books I’ve read this year, whether it be a classic or brand new from a debut author these are simply the books that made my year brighter.

Fiction Books of the Year 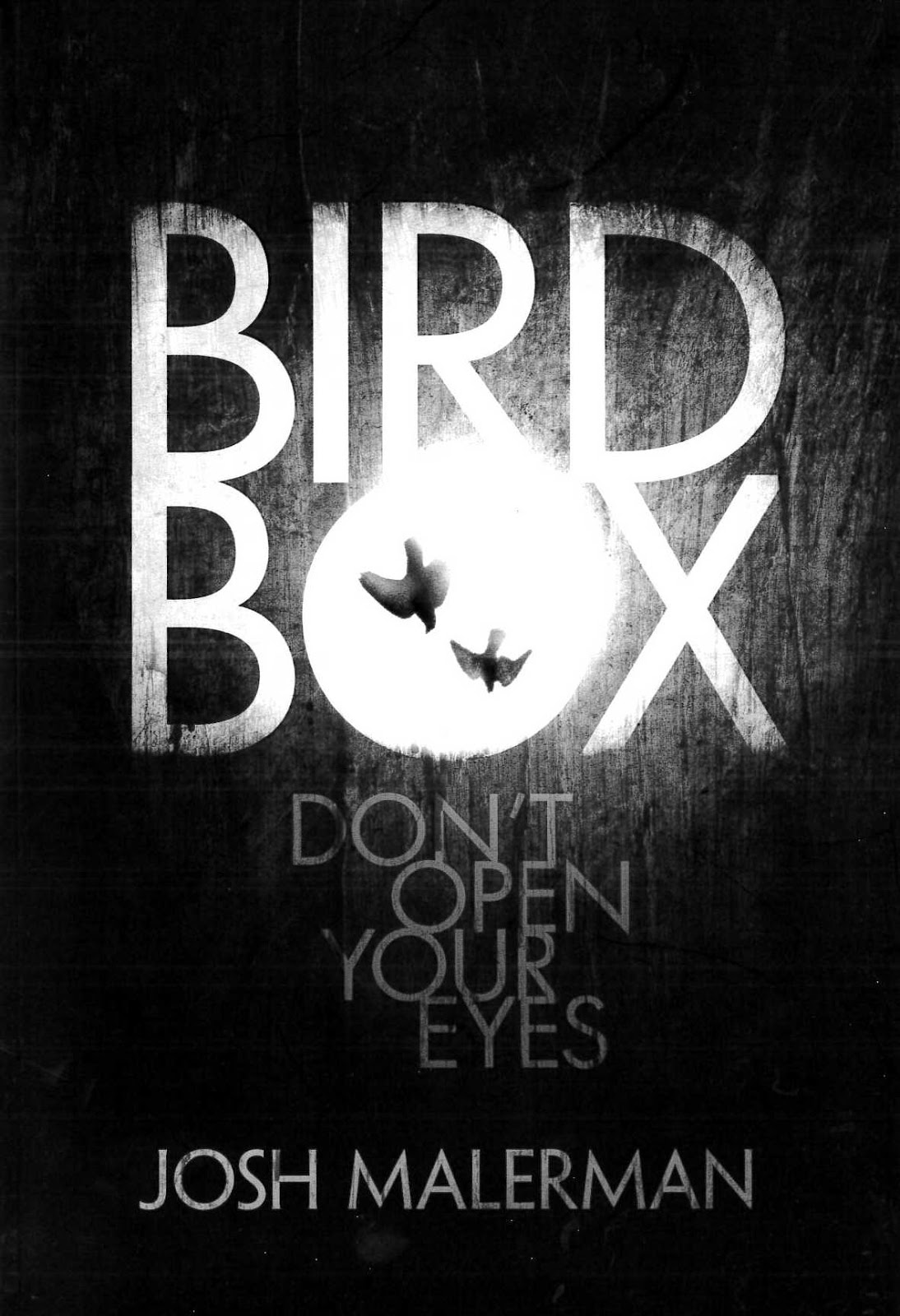 A creature walks the streets but to see it only means it’s too late. Anyone that views it is driven to suicide and as time passes the only survivors are the people who learn to live without sight. One woman has found a home and managed to raise her children but the time has come when she needs to move on, to blindfold her children and lead them to a better future.

Bird Box is disturbing, twisted and claustrophobic as hell, everyone should read it. 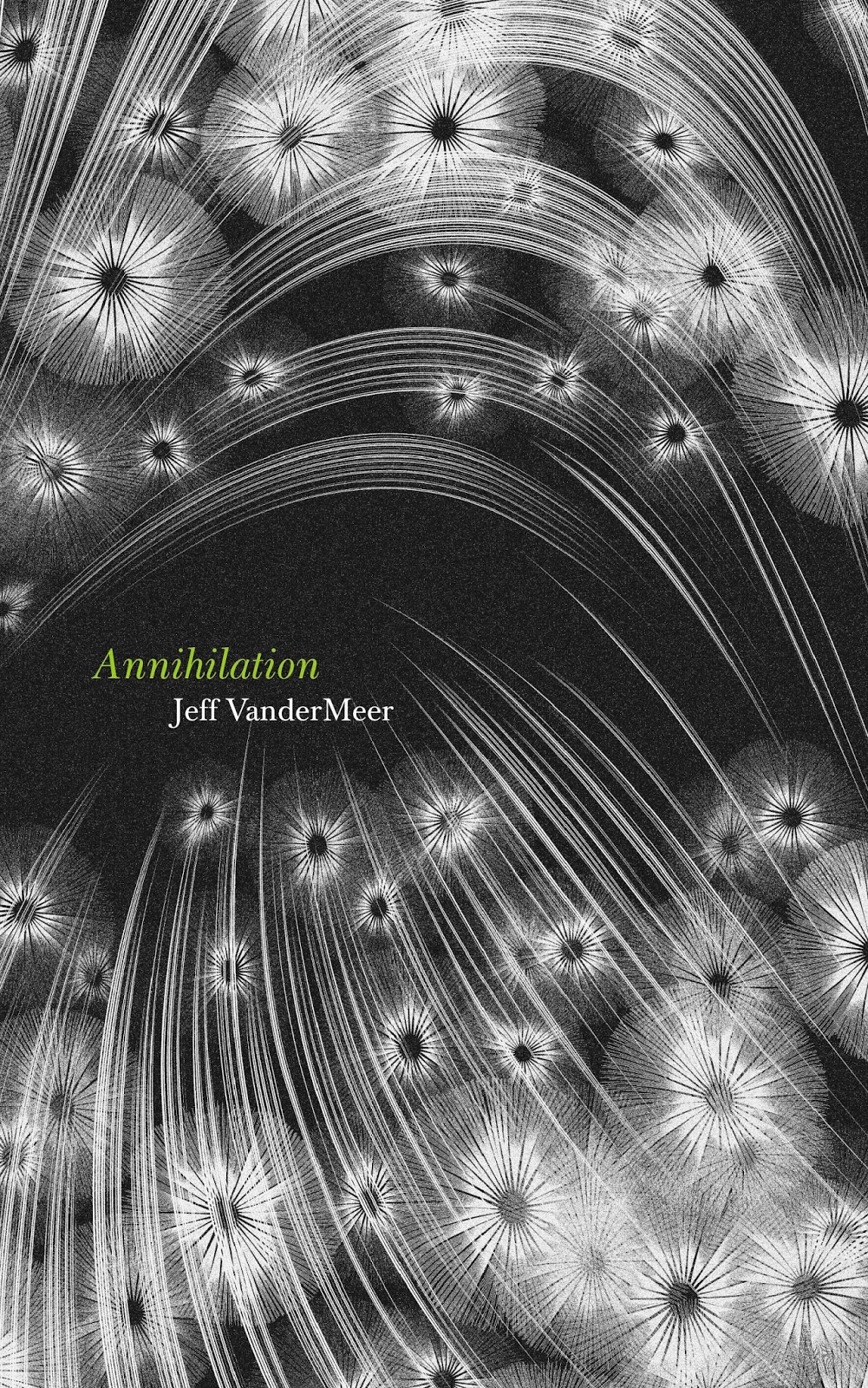 Eleven troops have failed in their mission to fully explore Area X. Some simply disappeared, others killed themselves and the last all succumbed to terminal cancer. When the biologist gets her chance to enter Area X as part of troop twelve she agrees, determined to find out what happened to her husband on the eleventh expedition.

Giant holes in the ground with living walls, unseen creatures and a million secrets are just the beginning of what makes this novel so great. Literary science fiction at it’s best. 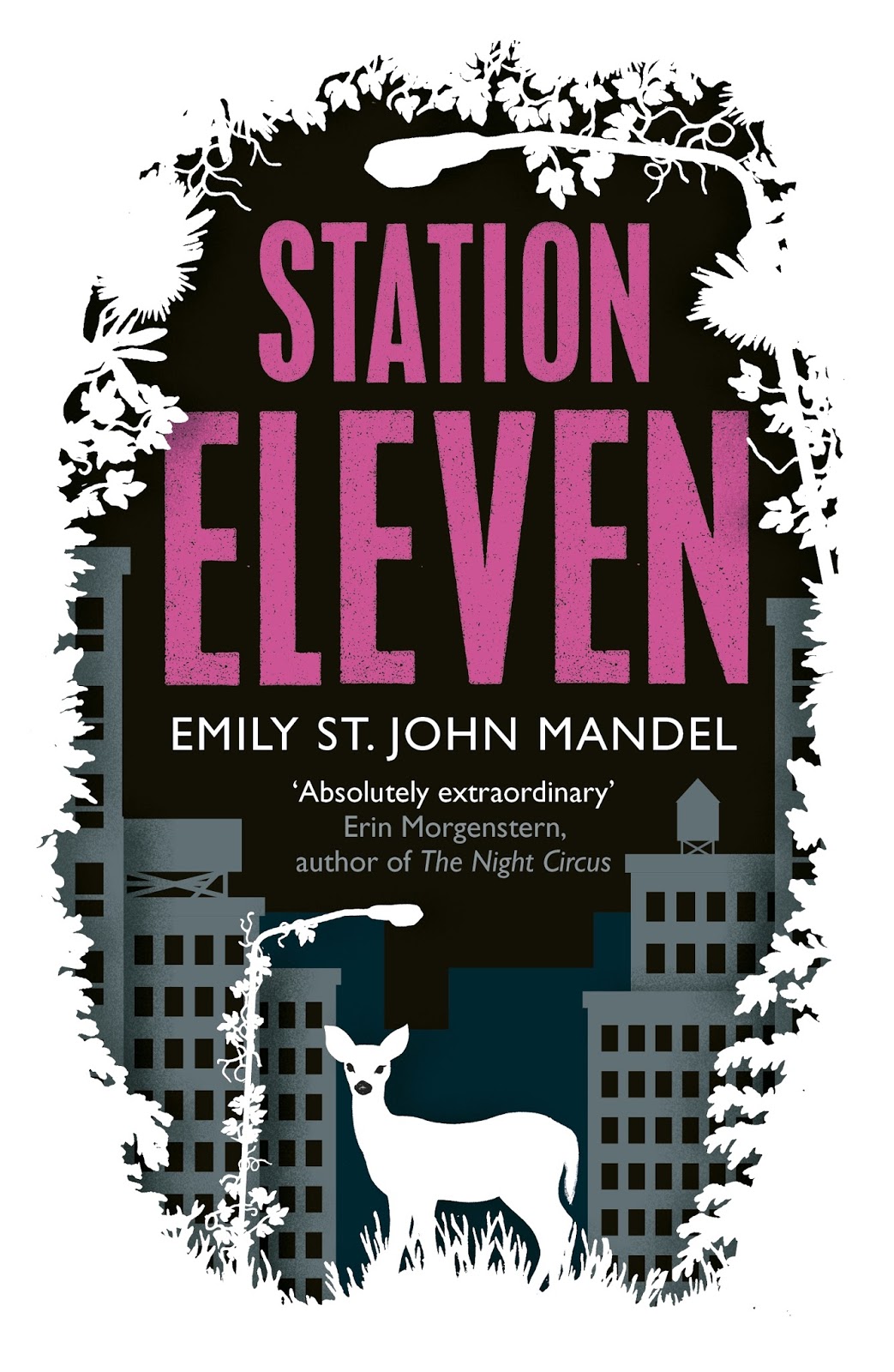 When the Georgian Flu broke out it killed ninety-nine percent of the people it infected and twenty years later the world is a different place. Station Eleven follows the Travelling Symphony, a group of actors and musicians that travel the safer parts of what is left of America. This is an intelligent, beautifully written and tender tale of survival in a new and brutal world. 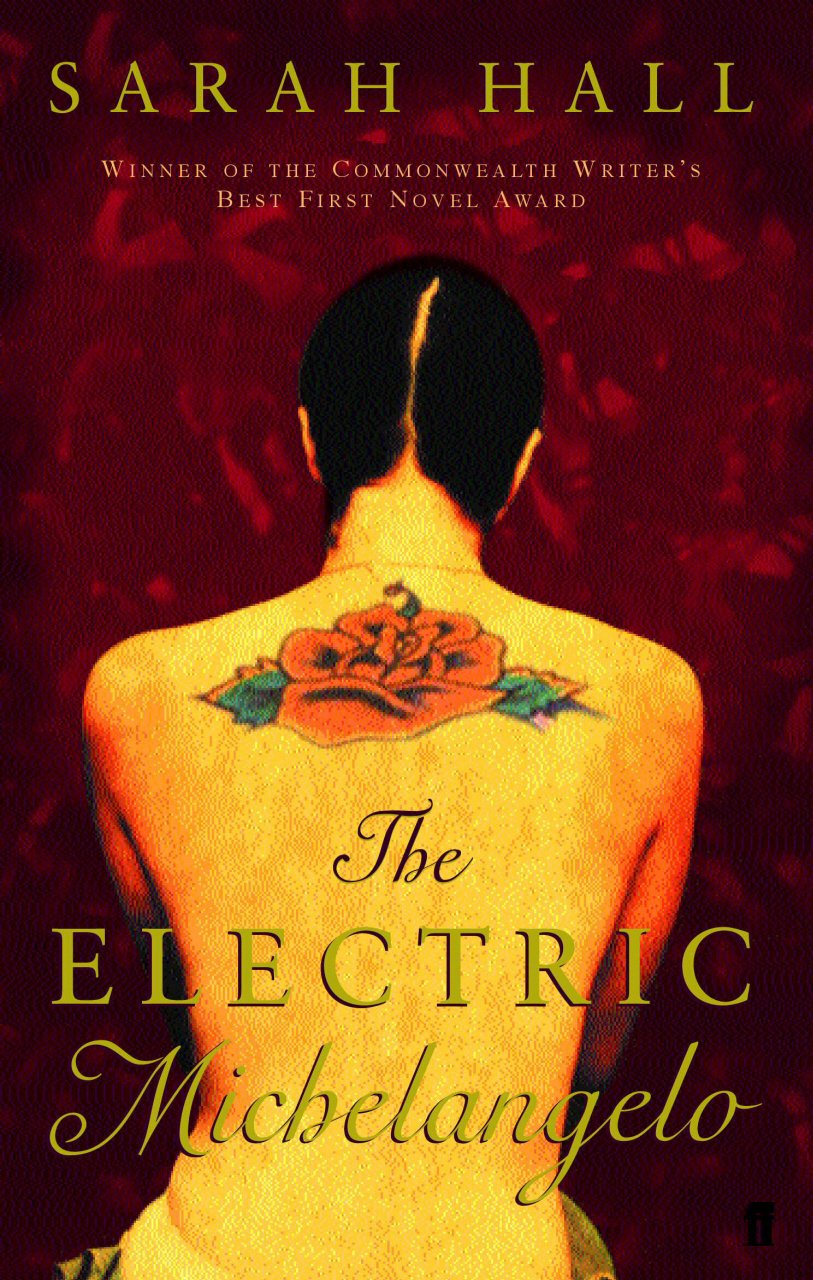 This is novel I’d been meaning to pick up for years and when I finished reading it to review in Things and Ink Magazine I was left quite shell-shocked.

Cy grows up in the seaside town of Morecambe Bay, helping his mother run a small bed and breakfast that’s mainly frequently by tuberculosis sufferers looking to clear their lungs with sea air. One day he stumbles across a man called Eliot Riley and years later he offers Cy a tattooing apprenticeship. He’s unsure of the offer, knowing full well the stigma behind tattooing and working with Eliot but once he gets a taste of the life, he’s smitten.

Sarah Hall has stolen my heart this year with her incredible writing. This book is full of characters that become so vivid in your mind that their brutal life stories almost bring you to tears. Months and months after finishing it and I can still picture the characters and recall how I felt when I had to put the book down to catch my breath, simply incredible.

A Slight Trick of the Mind by Mitch Cullin 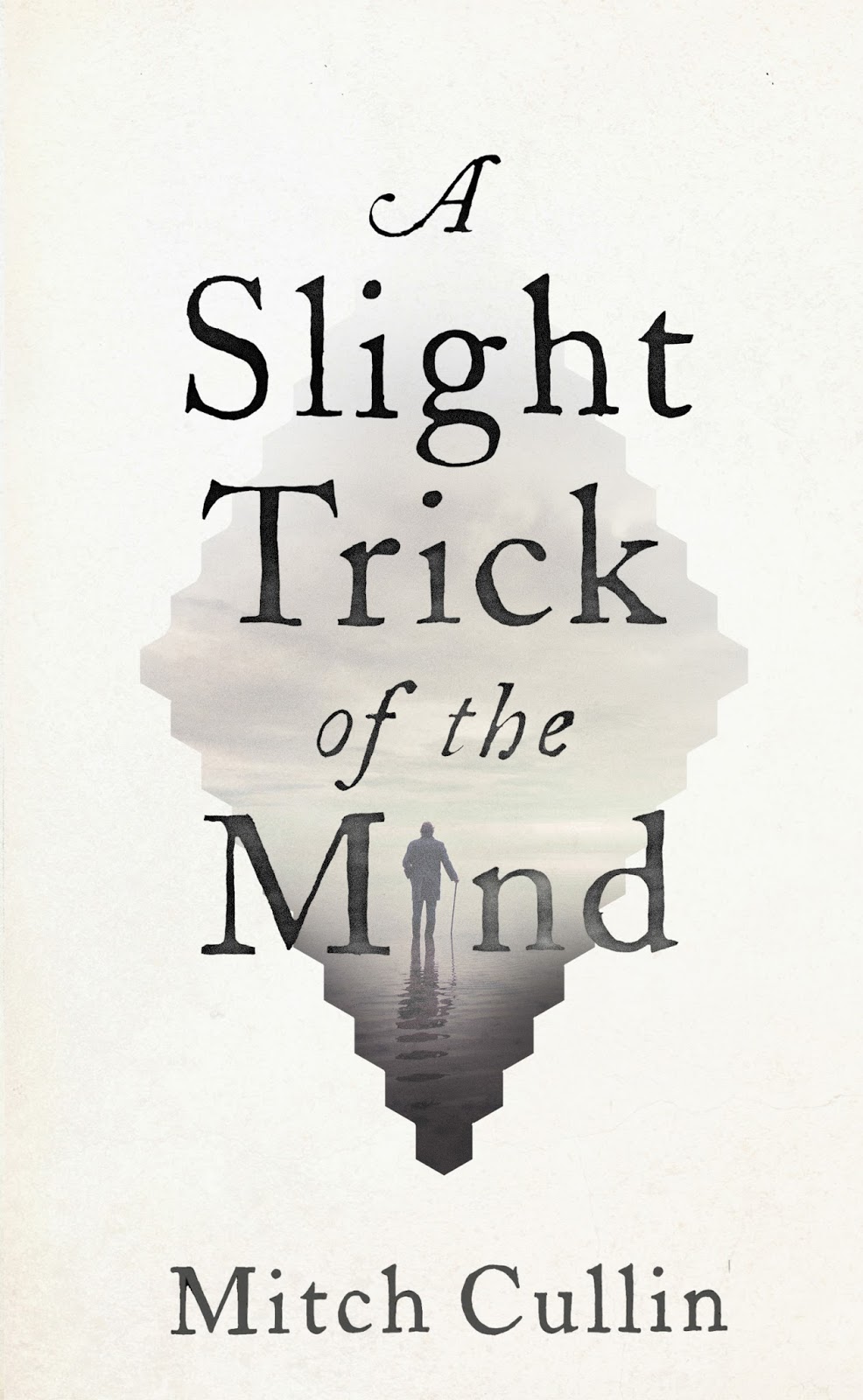 I had no idea what to expect when I started reading A Slight Trick of the Mind, all I knew was that it featured Sherlock Holmes at ninety-three years old. The book does include an investigation from his younger days but this is almost secondary to the ageing Sherlock himself. His famous memory is fading and he’s losing what made him special, making this beautiful yet devastating reading.

The Museum of Extraordinary Things by Alice Hoffman 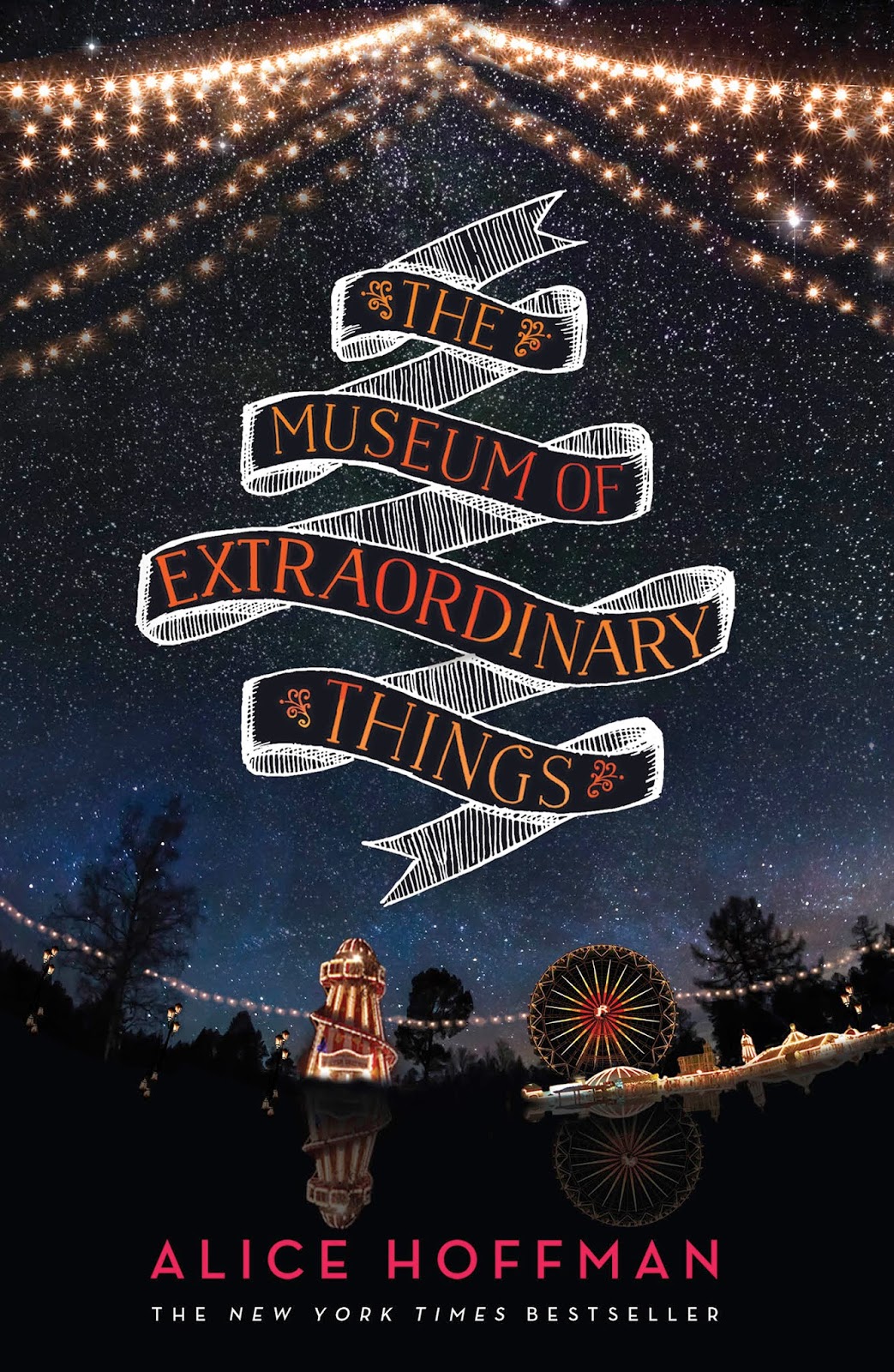 In the early 1900s, Coney Island was the home of American family entertainment. Coralie grew up surrounded by the rides, freak shows and tattooists that line the streets but her father kept her hidden away from it within the confines of his infamous establishment, The Museum of Extraordinary Things. With her webbed feet, her father made her swim from a very early age and as soon as he deemed her old enough, let her become an exhibit in his museum. One night while swimming in the Hudson she stumbles across a body and she’s appalled to witness her father take the young girl to use as an exhibit. She’d doubted his ethics before but now she knows he’s crossed a line.

The Dynamite Room by Jason Hewitt 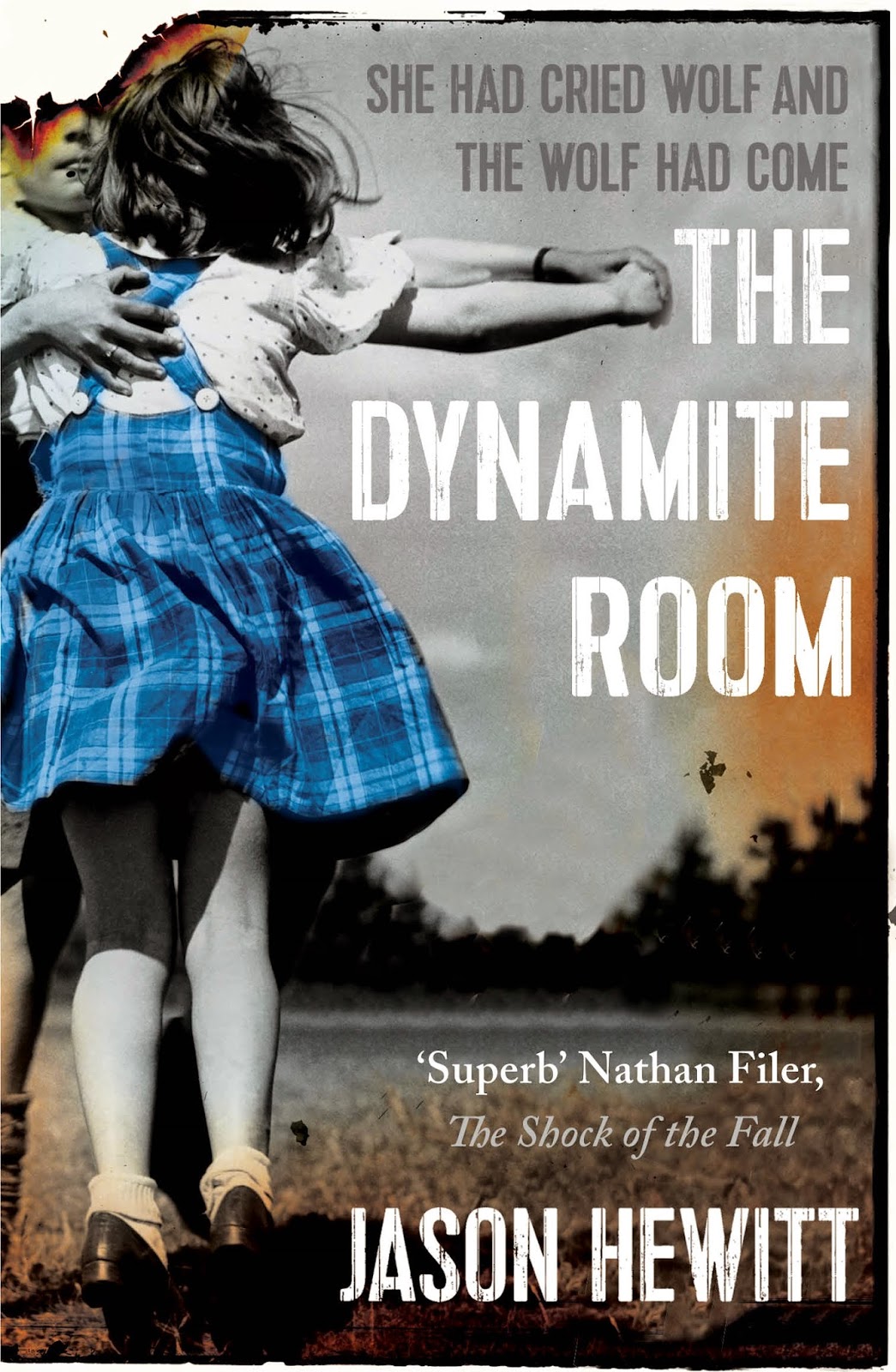 In the summer of 1940 Lydia runs away from the home she was sent to as a refugee. When she makes it back to her village home she finds the local shops closed and the streets deserted. Unsure of what to make of the ghost town she rushes home to find her mother. She finds the house as empty as the streets and decides to wait until someone returns but the man who soon enters her home is a complete stranger. 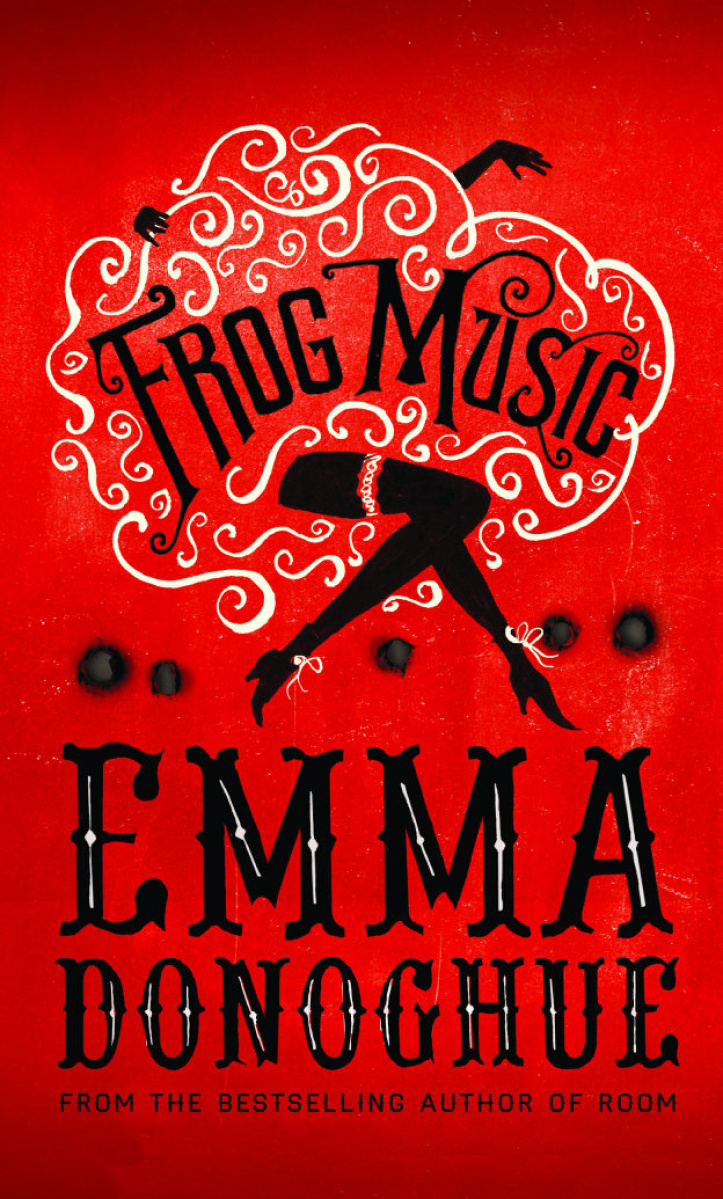 When Blanche and Jenny meet on the streets of San Francisco in 1876 they couldn’t be more different. Blanche dances burlesque, occasionally entertaining her biggest fans in private and Jenny is a brash mouthed, drinking and smoking girl who dresses like a man. Their unique relationship grows and one night a gunshot rings out, barely missing them but who was the intended victim and who pulled the trigger?

All The Birds, Singing by Evie Wyld 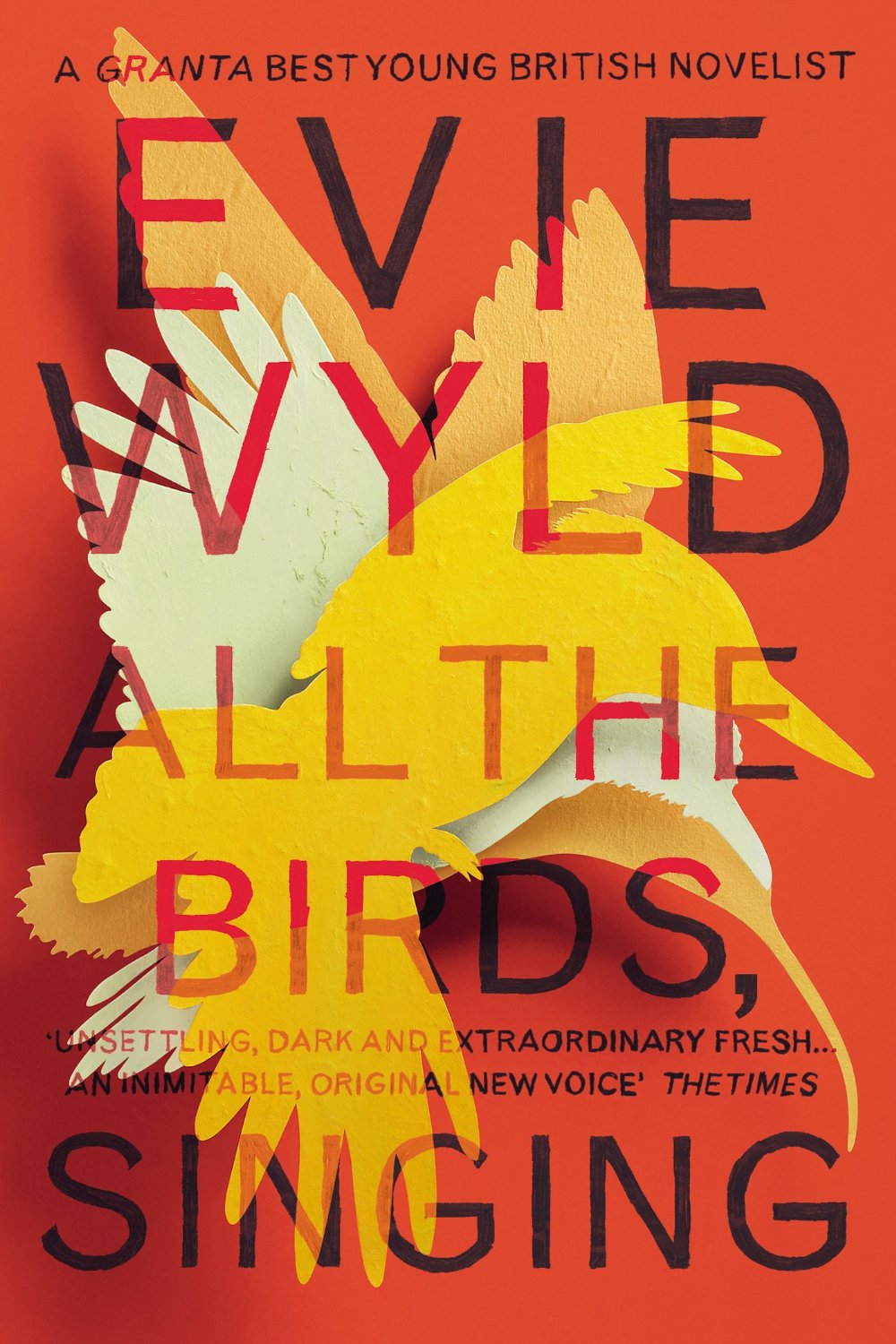 We meet Jake as she struggles against the elements to care for the land and sheep that she’s acquired with her new rural British home. When a number of her sheep are murdered and she comes across a man sleeping rough in one of her sheds she can’t help but wonder if she’s managed out outrun the past she left in Australia or not.

The Three by Sarah Lotz 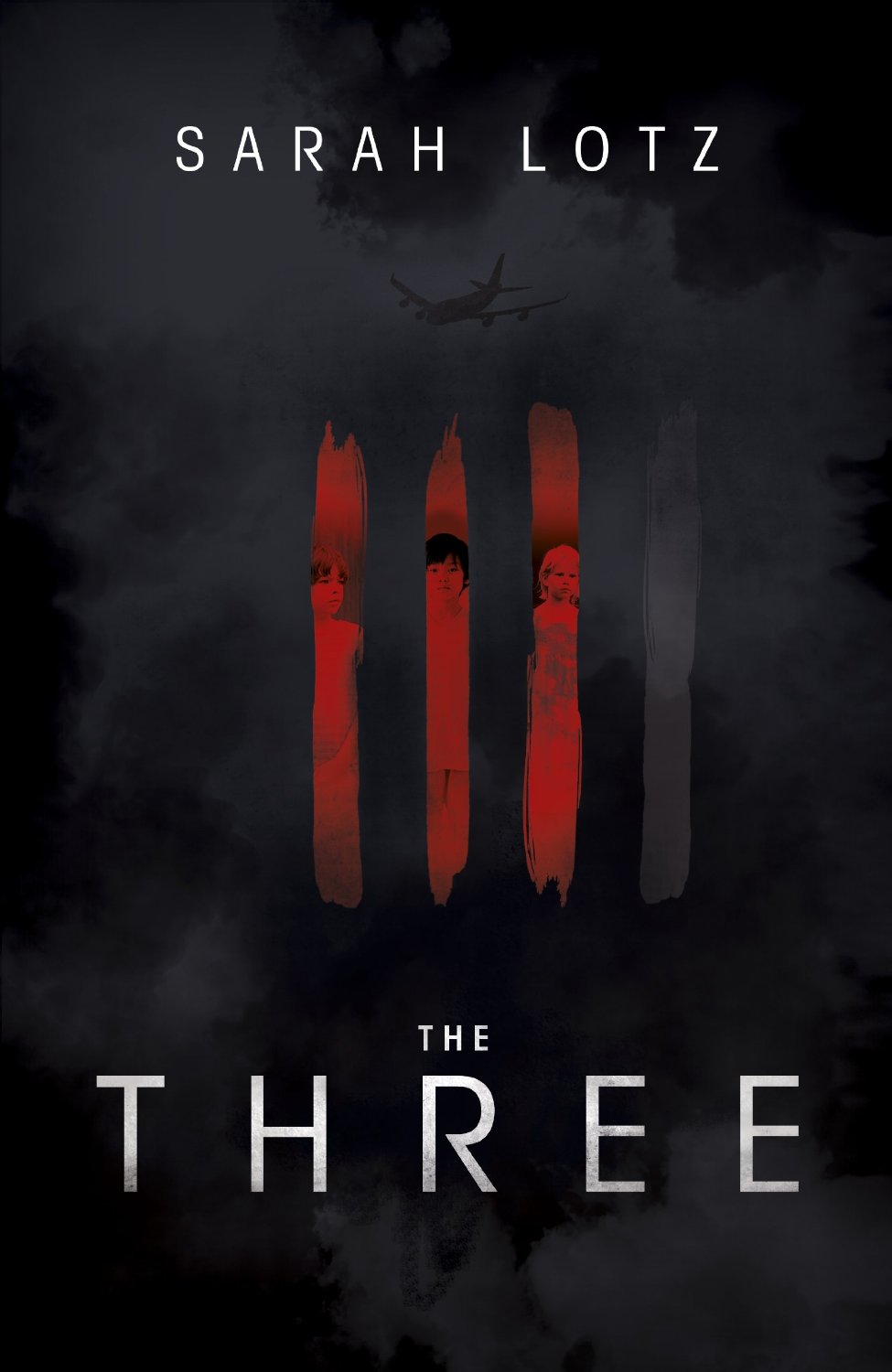 When four planes crash at the same time the world presumes that it’s an act of terrorism but no evidence comes to light and not a single group claims responsibility. As people struggle to understand the tragedy it becomes clear that for three of the flights there was a survivor, all three of them young children. At first, people deem it a miracle but soon answerphone messages left by the deceased during their decent come to light. One of these messages turns a nation against the children:

” They’re here … The boy. The boy watch the boy watch the dead people oh Lordy there’s so many … They’re coming for me now. We’re all going soon. All of us. Pastor Len warn them that the boy he’s not to–“ 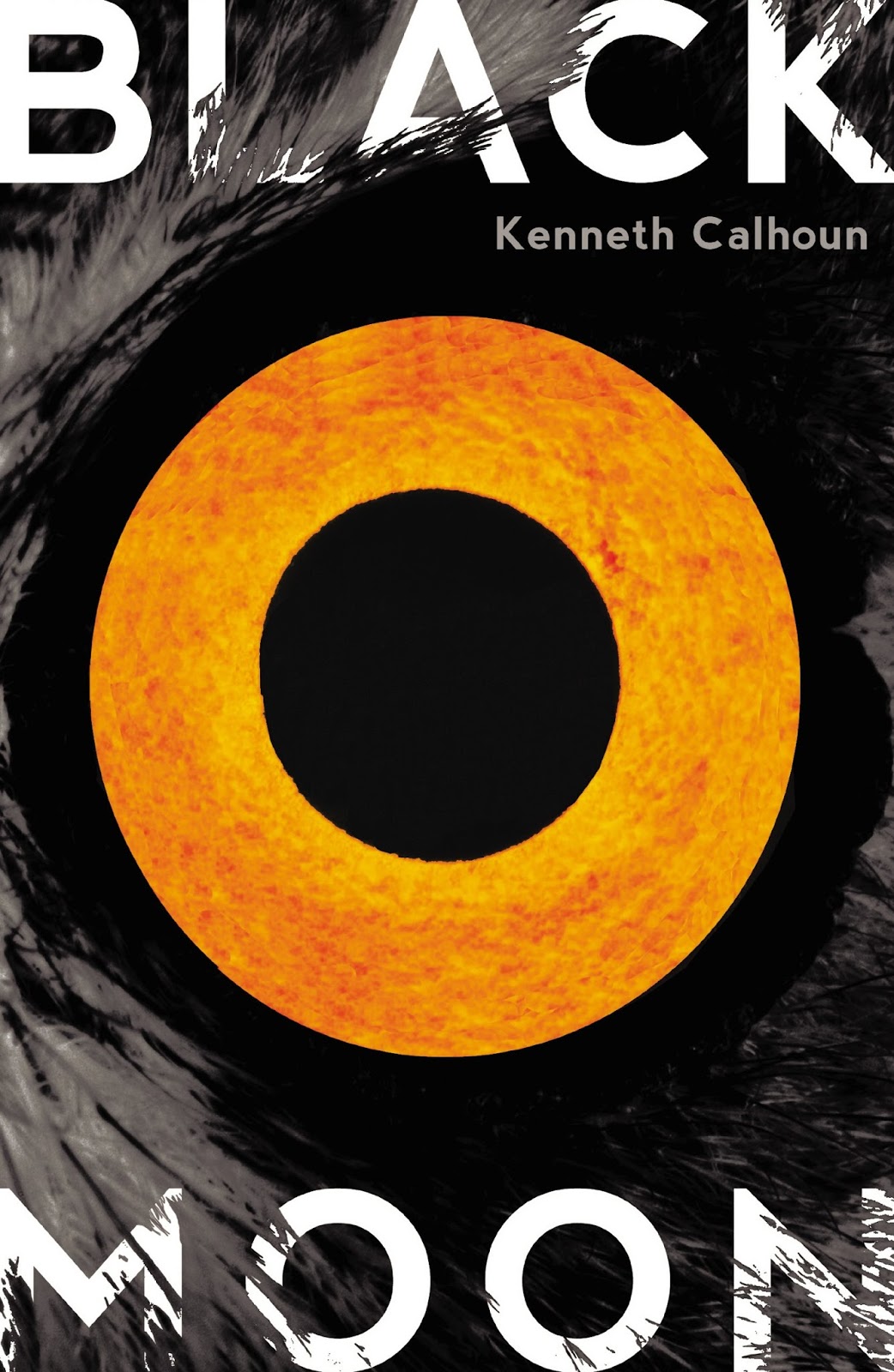 At first, the reports of sleeplessness crept across the country like an urban legend but soon the epidemic was worldwide. Society crumbles as people are incapable of working, start hallucinating and turning on the few people who are still able to sleep. Matt’s one of these few and he’s managed to keep his girlfriend alive, restraining her in their flat, saving her from herself and the chaos in the streets outside but when she escapes he’s forced to face an entirely new world.

Graphic Novel of the Year

Sex Criminals was one of my unexpected loves of the year. After reading the short blurb on how a girl stops time when she orgasms I thought I’d give it a go on Net Galley. I was expecting a fun but slightly cheesy story but what I got was a smart, funny, book-loving female protagonist, a lovable geeky romance, Fat Bottomed Girls by Queen and a robin hood crime with a twist in the tale.

Non-Fiction Book of the Year

Everyday Sexism is the kind of book that leaves you feverishly wanting to push it into people’s hands and it kicked off a lot of conversations between me, my partner, friends and even my Mum on their experiences or thoughts on the subject. I’m sure a huge percentage of women can relate to a number of subjects such as gender stereotyping at an early age or media influence but it also looks into issues that may not be so obvious. These include women’s rights in the world of politics and how easily accessible hardcore porn is impacting on girls in the classrooms and female teachers. If you’ve been interested in reading about sexism but haven’t quite known where to start, this is it!

Novella of the Year 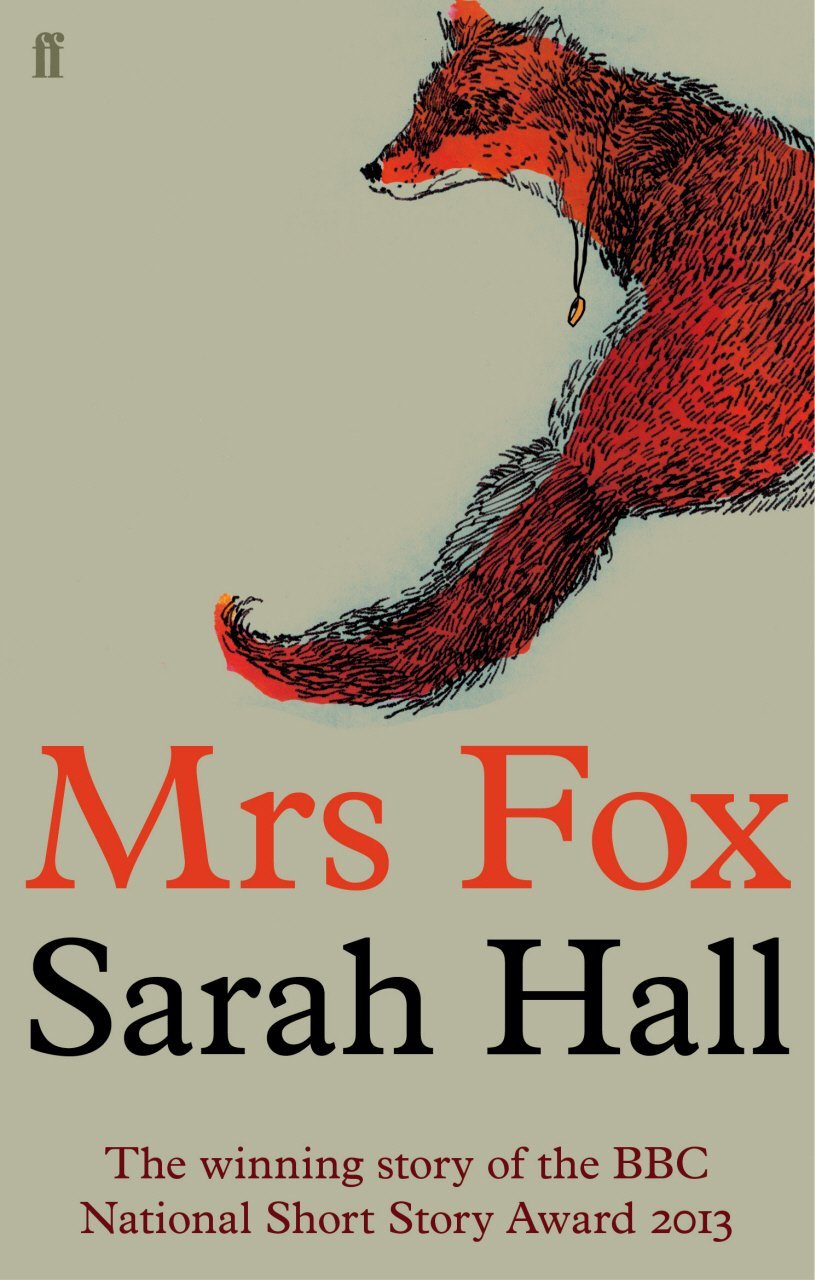 Yes, the second appearance for Sarah Hall but you can’t blame me because Mrs Fox is a thing of beauty. Most people’s complaint about short stories is that they simply can’t get lost in them the way they can with a full novel. This cannot be said for Mrs Fox. You follow a husband as he watches his beloved wife turn from lady to fox and the journey he goes through to let her go.

Poetry Book of the Year

Hold Your Own by Kate Tempest 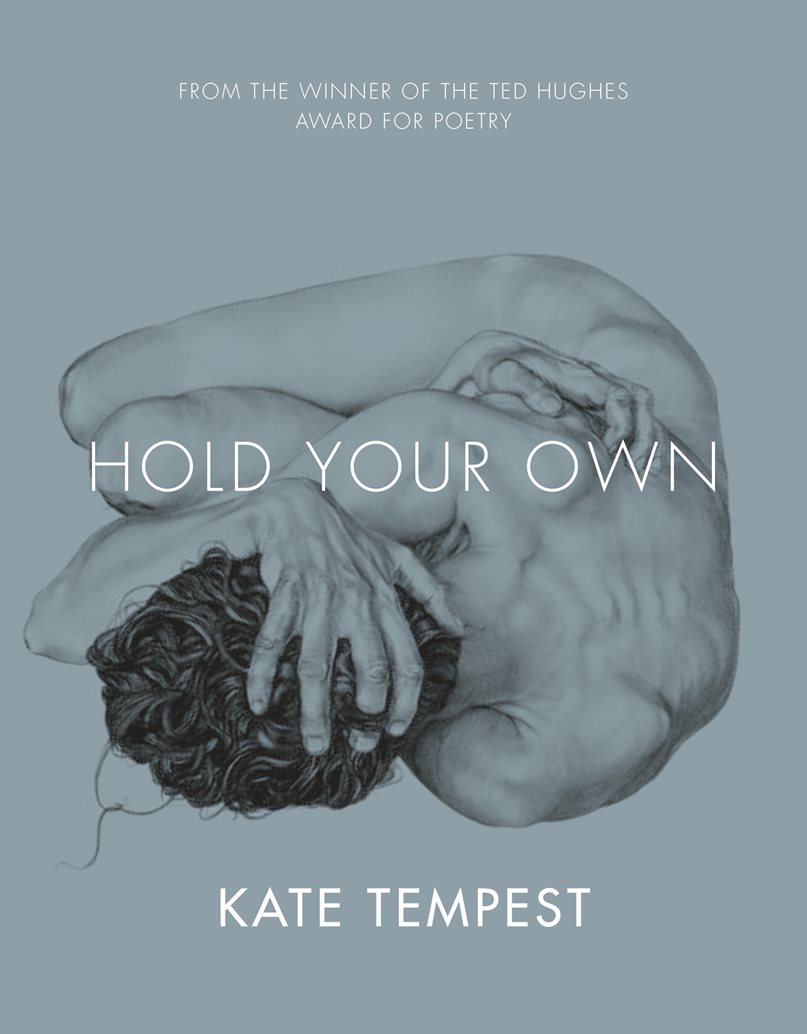 I should probably start off by saying I know absolutely nothing about poetry but after being lucky enough to hear Kate Tempest do some live readings at an incredible Picador event I was instantly smitten. If you get a chance to see her live, go, even if you have to beg, borrow or steal. He words are achingly honest and these poems have gotten under my skin like no others before.