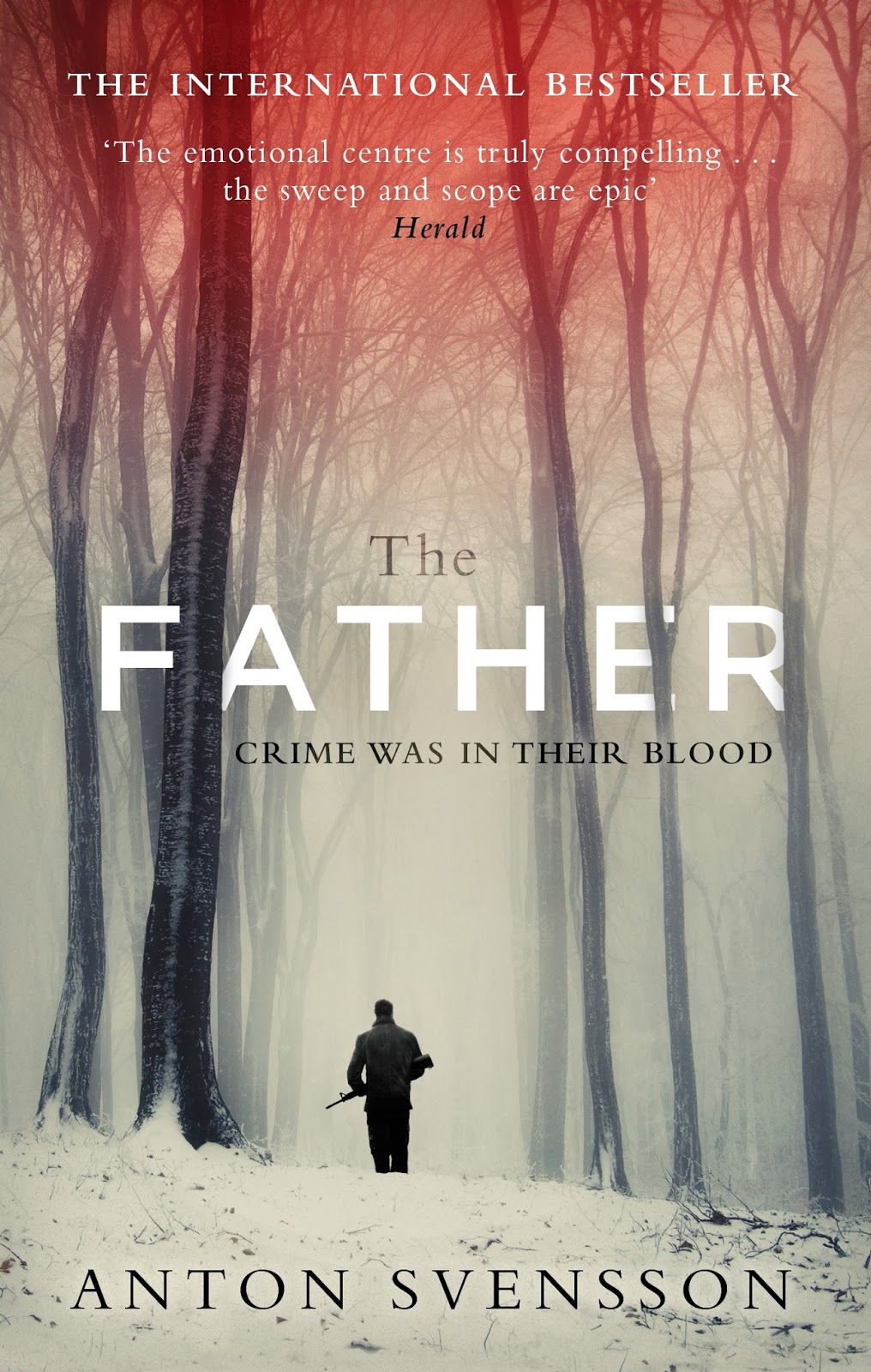 The Father by Anton Svensson

HOW DOES A CHILD BECOME A CRIMINAL?

HOW DOES A FATHER LOSE A SON?

A violent childhood, an abusive father and an eternal guilt unites three brothers in a unique bond. Haunted yet shaped by their early years they understand the fear of violence, how easily it can be used to control people and in a move to make something of themselves they become the most violent bank robbers in Swedish history, all of them under 24-years-old. They’re tactical, intelligent and well planned but as the need to achieve increase the cracks begin to show and they soon realise that the crimes are changing them, they’re becoming the man they hate the most.

Based on the true story of Sweden’s most infamous bank robbers, The Father is a compelling tale of family ties, obsession and the consequences of abuse. Spinning from emotionally devastating to nail-bitingly tense this novel is a roller-coaster that you just don’t want to end.

What makes The Father so intensely compelling is the emotional insight from the two authors that make up the pen name Anton Svensson. Stefan Thunberg is not only one of Scandinavia’s most celebrated screenwriters (Wallander) but is also a brother of the true-life bank robbers this story is based on. The brother’s childhood experiences in the novel are heavily based on fact, making it easy for a reader to put themselves in the brother’s shoes and to understand actions that most people wouldn’t normally be able to relate to. The second author, Anders Roslund is an award-winning journalist and a critically acclaimed Scandinavian crime writer (Three Seconds, Two Soldiers).

The Father is an incredible novel that follows childhood victims to feared criminals and a monster of a parent into something more complicated. Tense, evocative and utterly addictive this story will have you hooked until the final page (and then leave you eagerly anticipating the following novel, The Son, 2017).

Buy The Father by Anton Svensson