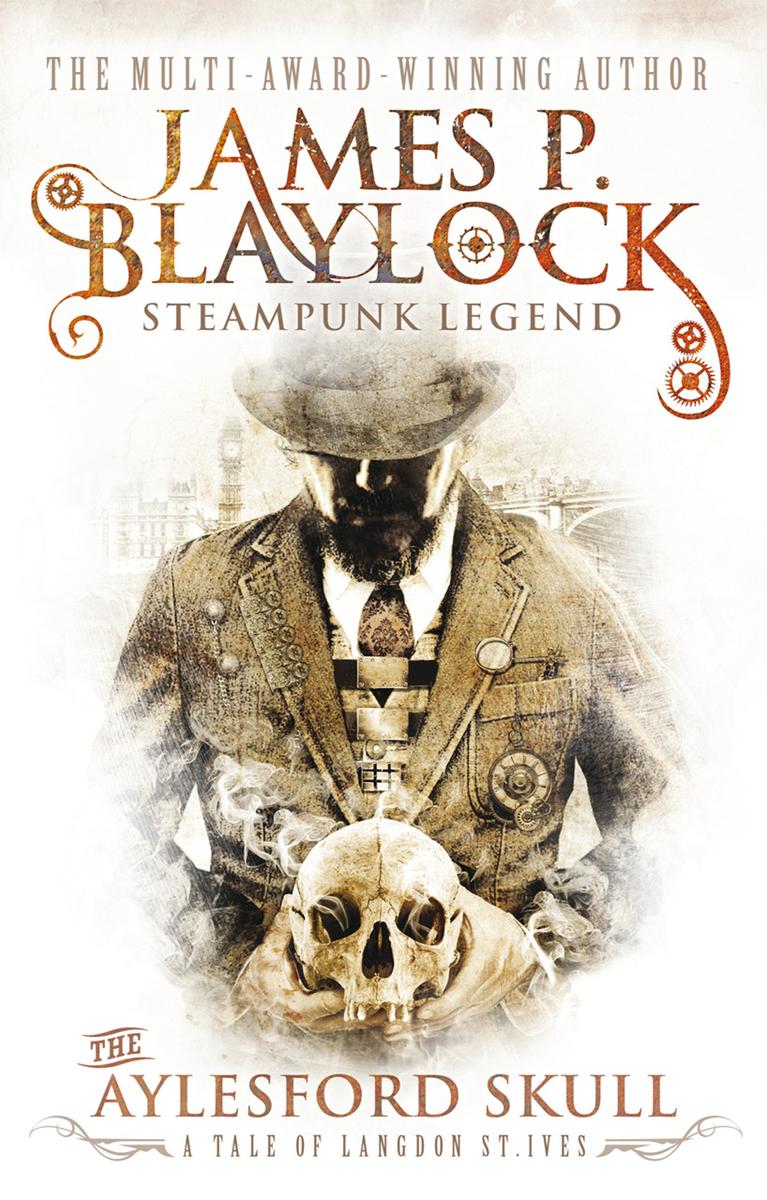 One of the original pioneers of the steampunk genre, James P. Blaylock is back with his first full-length novel in over twenty years. The Aylesford Skull reintroduces us to some of his best-loved characters, first met in his 1984 novel, The Digging Leviathan.

It’s the English summertime of 1883 and Professor Langdon St. Ives has settled into his families newly inherited home in Aylesford, with his beloved wife Alice and two young children. Although he attempts to leave his murky past behind him, soon his nemesis Dr Ignacia Narbondo reappears on the scene and with one woman dead and ghosts being seen, even Narbondo’s own Mother asks for St. Ives help in stopping her son’s evil ways. She believes that Narbondo murdered his own brother and with the help of his deceased father, modernised his brother’s skull to project his ghost among the living. The boy’s skull, known as The Aylesford Skull, had only just fallen back into Narbondo’s hands and she feared that his intentions were far deadlier than projecting ghosts and that he was hell-bent on bringing down the divide between the living and the dead.

At first St. Ives manages to quench his curiosity and tells Narbondo’s mother that he needs to put his family first and just cannot help. But the next morning, when he finds his son has been kidnapped, he realises helping her may be the only way to keep his family in one piece.

Whether or not you have read any other of James P. Blaylock’s novels, The Aylesford Skull is an enjoyable, action packed steampunk adventure. With airships, ghosts, skulls, an arch nemesis and some rather regal, swashbuckling gentlemen of Victorian England, it all stacks up to a brilliantly fun adventure. The descriptions of the Dickensian streets of London are absorbingly grimy and the language used also lulls you into creating a vivid mental image of the era. Although this is a steampunk/fantasy novel, these themes are not forced down your throat with continual references but are simply referred to as facts of the time, which makes for a more refreshing read than some other novels of the same genre. Overall, I really enjoyed The Aylesford Skull and will definitely be looking into James P. Blaylock’s previous work. For anyone that’s enjoyed a bit of Ripper Street, Sherlock Holmes or author’s such as Tim Powers, this will be right up your street.